(RepublicanNews.org) – Texas Republican Gov. Greg Abbott isn’t playing around when it comes to addressing the flood of illegal migrants crossing into Texas, nor is he taking a backseat in preventing the spread of the COVID-19 virus. On July 28, Abbott issued executive order GA-37, which restricted the transport of unlawful migrants through Texas and kicked off a firestorm with federal authorities and the courts.

On August 3, US District Court Judge Kathleen Cardone issued a temporary restraining order halting the executive order until she can hold a hearing on the matter, which is tentatively scheduled to take place on August 13. She did so at the request of the US Justice Department.

A federal judge has ordered Texas to not allow state troopers to stop vehicles carrying migrants on the grounds that they may spread COVID-19. GOP Gov. Greg Abbott last week authorized the state's growing presence of troopers along the border. https://t.co/5KcTncL0kF

Abbott’s order banned the transport of migrants by anyone other than a federal, state, or local law enforcement agency to limit Texans’ exposure to the coronavirus. His order also directed Texas Department of Public Safety officials to stop any vehicle suspected of transporting migrants.

The following day, July 29, US Attorney General Merrick Garland sent Gov. Abbott a letter threatening to use all legal means available against the State of Texas unless Abbott immediately rescinded Executive Order GA-37. Then, on July 30, the DOJ filed a lawsuit against Abbott, claiming it would disrupt federal efforts to lead a network of non-governmental organizations (NGOs) and contractors hosting migrants while their cases are pending.

Gov. Abbott may have offered the best critique of the ongoing spat with the DOJ in a July 29 press release. As he explained, the Biden administration “misunderstands” what’s happening at the Texas-Mexico border. The administration’s failure to address the flood of migrants “is jeopardizing the health and safety of Texans.”

Newsom Takes Green Agenda To Texas – It Did NOT Go Well 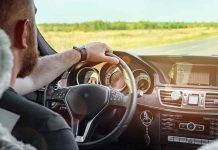 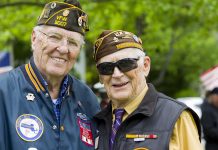 Biden Says Pandemic Is Over