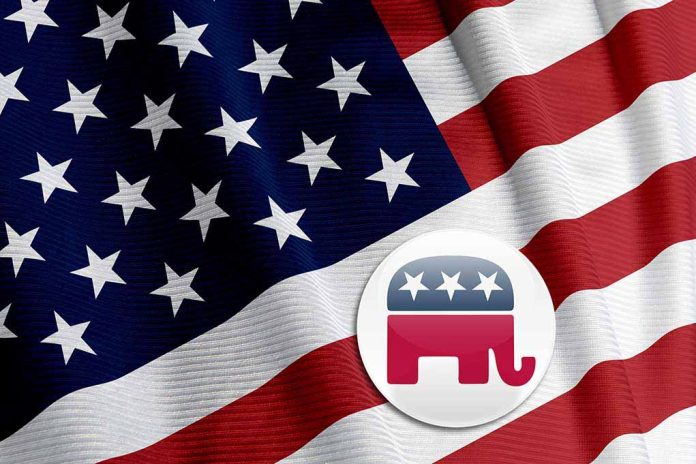 (RepublicanNews.org) – Ronna McDaniel, the current chairwoman of the Republican National Committee (RNC), appears to be facing some stiff competition for her position. Several conservatives are gunning for the spot after the GOP’s less-than-stellar performance in the midterms. One Republican vying for the role is Harmeet Dhillon, a former legal advisor to the Trump campaign.

Dhillon recently joined Tucker Carlson of Fox News, where she officially announced she was running for the RNC chair. The former legal advisor asserted the GOP is “tired of losing,” adding she believes the party needs a total renovation. Dhillon declared Republicans can’t continue to run elections like they did two or three decades ago.

The RNC chair hopeful explained the party requires a modernized approach in order to compete with Democrats. Dhillon asserted her party needs to bring fresh and positive energy to their messaging rather than just reacting to what their opponents are doing. The former legal advisor’s announcement makes her the second person to challenge McDaniel for the RNC chair. My Pillow CEO Mike Lindell has also declared he’s trying for the spot.

McDaniel has served the position since 2017 after her predecessor, Reince Priebus, resigned to become Trump’s first chief of staff. However, as members of the GOP continue to trade blame and point fingers as to whose fault it is they performed so poorly, Republicans are looking for new leadership to bring a fresh approach to the party.