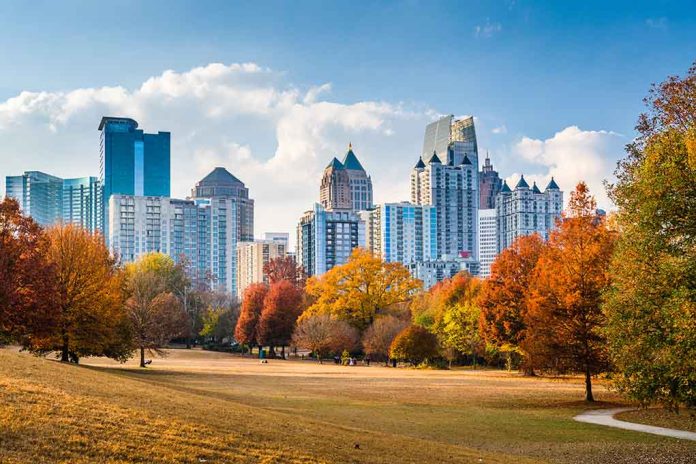 (RepublicanNews.org) – Former professional football player Herschel Walker (R) is running for Georgia’s US Senate seat, which Raphael Warnock (D-GA) currently holds. The two candidates are locked in a tight race with both vying for the position. Walker recently released a campaign ad that accused his Democratic opponents and other top members of their party of actively dividing the American people.

The Republican’s ad starts off asserting that “Democrats use race to divide us.” Then it goes on to show a clip of prominent liberals like Stacey Abrams, a gubernatorial candidate in Georgia, Vice President Kamala Harris, and even Walker’s opponent make various claims about racism in America. The ad also contains a voice clip of Joe Biden declaring “you ain’t black,” from his 2020 campaign.

A clip of Warnock in which he claims racism is a “preexisting condition” in the US plays before Walker states that his opponent thinks America is a “bad country” that’s “full of racist people.” The Republican then declares that he believes the United States is a “great country” filled with “generous people.” Walker adds that while Warnock wants to divide Americans, the former pro football player wants to bring them together.

As of right now, neither candidate is a clear favorite to Georgia voters. The race between Warnock and Walker is making history in the Peach State. It will be the first time two black candidates have battled it out for one of the state’s seats in the US Senate.