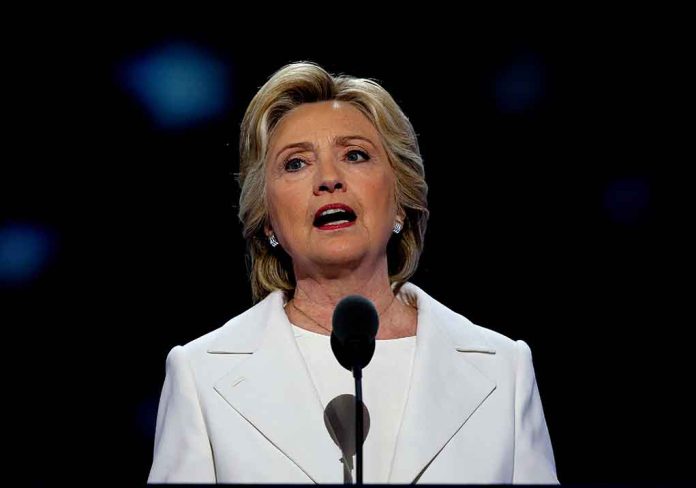 (RepublicanNews.org) – Former Secretary of State Hillary Clinton recently appeared on the CBS Evening News, where she talked about the 2024 general election. Anchor Norah O’Donnell asked the politician if she would ever make a run for the White House again, to which Clinton quickly and adamantly answered no. The former FLOTUS said she will work to ensure the next president Americans vote into office “respects our democracy.”

EXCLUSIVE: @HillaryClinton tells @NorahODonnell she does not plan to run for president again, but did vow to do everything she can to ensure a future president “respects our democracy.” Adding if Trump runs again that Republicans should “grow a backbone.” pic.twitter.com/GMwJ6qMF5Y

If former President Donald Trump decides to make a bid for the Oval Office, according to Clinton, he should be “soundly defeated.” She said the Republican party needs to stand up against the previous US leader and prevent him from moving back into the White House.

Clinton has never been one to shy away from expressing her feelings about Trump. During the same interview for a docuseries on Apple TV+, the former first lady laid the blame for the January 6 attack on the Capitol squarely on the 45th president’s shoulders. She also said his claims of voter fraud were “unfounded.” The implication, she believes, poses a threat to “our democracy.”

The former secretary previously stated she would support President Joe Biden for another four years if he made an official announcement for another run.

Do you think Clinton is making the right decision by staying on the sidelines?