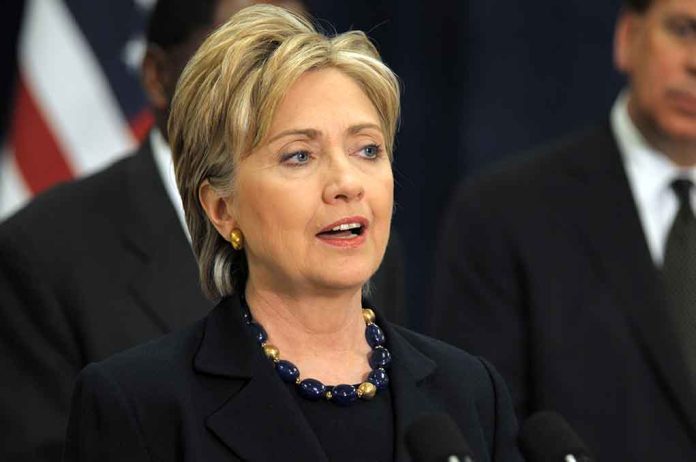 (RepublicanNews.org) – During Donald Trump’s campaign against Hilary Clinton in 2016, his opponent accused him of secretly working with Russia. As time passed and the Federal Bureau of Investigations (FBI) probed his campaign, no evidence of Trump’s alleged collusion with Russia ever came about. However, the Trump administration launched a probe of their own via Special Counsel John Durham, who has found evidence exposing some of Clinton’s allies.

During his investigation, Durham found that one of Clinton’s campaign lawyers lied to the FBI when bringing forth evidence of Trump’s alleged collusion. The Special Counsel accuses them of political deceit and blames the attorney for intentionally lying to the agency.

Durham says Clinton campaign lawyer Michael Sussman intentionally misled FBI investigators by neglecting to disclose his connections to the Clintons. Records suggest he was not only working for her indirectly at the time but also actively invoicing her for services — all while accusing Trump of colluding with Russia.

The FBI found no evidence supporting Sussman’s claims but did learn that he was working for and aligned with the Clinton campaign at the time of his allegations against Trump, as seen in his indictment from last fall.

Sussman filed a motion to dismiss Durham’s case, asserting that the information the Special Counsel provided was irrelevant, and thus, the First Amendment protected his statement. Durham filed an opposition to the dismissal, blasting Sussman for being fully aware of his lies to the FBI and who was actually behind the accusations against Trump.

Durham’s filing asks the court to reject Sussman’s request for dismissal. Durham also intends to allow FBI and government officials to testify during the trial; he hopes to prove that Sussman’s claims were nothing more than material for a wild goose chase.