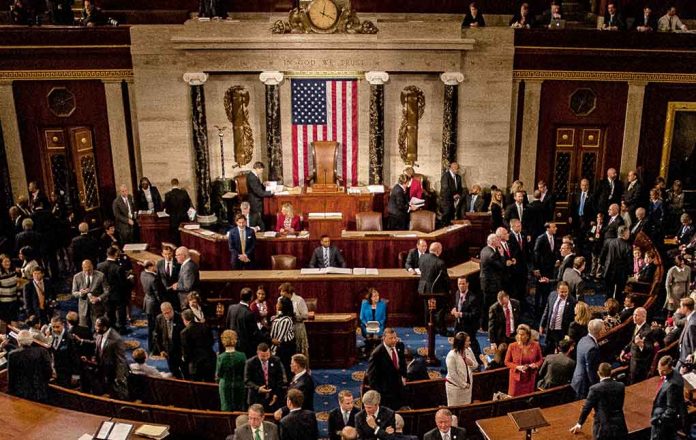 (RepublicanNews.Org) – Senator Rand Paul has taken to Twitter to mock the Omnibus Bill designed to fund the government through September. The Bill contains 4,155 pages, and the House and Senate need to pass it by December 23rd to prevent a government shutdown. Pictured standing behind a printed copy of the Bill, Paul’s Tweet said, “I wonder how long it will take the clerk to read this…”

The legislation will extract $1.7 billion from American Taxpayers, including $575 million for family planning/reproductive health “including in areas where population growth threatens biodiversity and endangered species,” and $858 Billion in defense spending.

One provision in the bill requires $410 million for “enhanced border security,” a priority that would be welcomed by many southern states. However, the borders in question are those in Jordan, Lebanon, Egypt, Tunisia, and Oman. Funds are made available to Customs and Border Protection to the tune of $1.56 billion, with a large portion of it being explicitly directed to non-detention border management and to speed up processing migrants.

Republican legislators have objections to the bill, and 31 House Republicans led by Chip Roy have written to the Senate, vowing to block “even the smallest of legislative and policy efforts” proposed by any Republican Senator who votes in favor of it.

“Kill this terrible bill,” the House members wrote, warning that if their demands are unmet, the party will be split. This may have severe ramifications for 2023; following the mid-terms, the GOP control of the house is narrow. Senators cannot afford to lose many votes if they hope for legislation to succeed.

The dissenting House Republicans argue that the government should pass a short-term funding bill to keep the government open until mid-January, when Republicans will control the House, giving them more leverage over the priorities in the Bill.