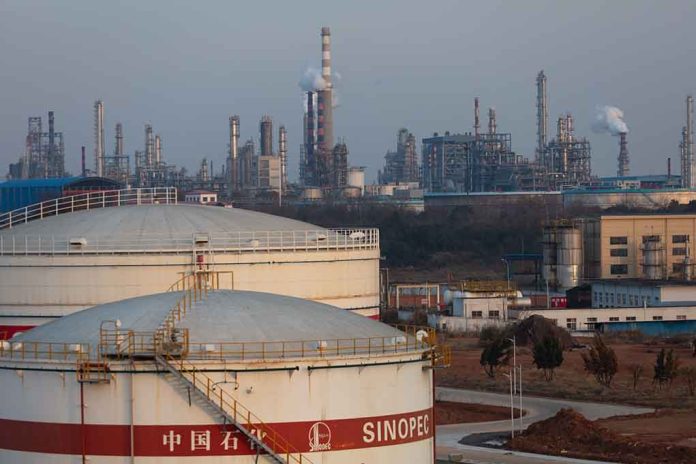 (RepublicanNews.org) – The House of Representatives passed a bill on January 12 to stop the Biden White House from selling any more oil to China from the US Strategic Petroleum Reserve (SPR). The bill passed by a wide 331-97.

Every Republican Representative voted for the bill, and more than half of Democratic Representatives joined conservative colleagues in the vote.

Matters relating to China have gathered bipartisan support this week, with two-thirds of House Democrats joining Republicans in a vote to create a committee to deal with US-China competition.

Last year, the Biden administration sold almost 1 million barrels of SPR oil to a company called Unipec America, owned by China. At the time, Republicans warned it was nonsensical to sell oil from America’s reserves to companies owned and controlled by the US’ largest competitor.

Representative Cathy McMorris Rodgers (R-Wash.) said the Strategic Petroleum Reserve was meant to help US citizens during emergencies such as natural disasters.

Pulling no punches, Rodgers noted the administration was hurting America’s ability to respond to domestic emergencies by selling its supply to “our most dangerous geo-political adversary.”

The House bill passed on January 12 bars the US from selling any oil from the SPR to any Chinese-controlled entities unless that oil is prevented from being exported to the People’s Republic of China.

Though the majority of Democrats voted for the bill, only Democrats used the debate period to blame the GOP for the oil sales. New Jersey Democrat Frank Pallone said Congressional Republicans in 2015 lifted a longstanding ban on selling crude oil to China.

GOP members pushed back, noting that the ban was lifted under the Obama-Biden administration as part of a project to boost American energy exports.

Since the turn of the 21st century, the SPR has kept at least 600 million barrels of crude oil. But in 2022, that level dipped when the Biden administration started selling off some of the barrels. By late 2022 the level had fallen below 400 million barrels.