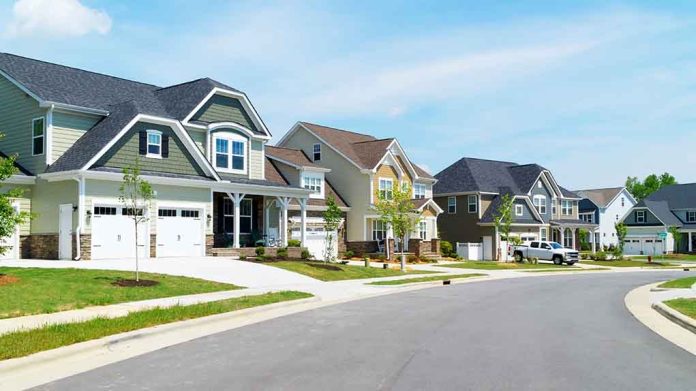 (RepublicanNews.org) – Many homebuyers have had to put their plans on hold thanks to a hot housing market. The prices alone have discouraged potential buyers, although the average costs finally dropped for the first time in a decade. Still, people shouldn’t get their hopes up too much.

Zillow report finds housing prices have finally fallen for the first time in a decade https://t.co/v4gzClIA0Z

The online realty company Zillow recently reported that housing values fell from June to July by 0.1%. Around 60% of metro areas saw their prices decrease, but the average amount to buy a home is still 16% higher than in 2021. Zillow noted the market was beginning to rebalance after potential buyers saw their purchase power decrease in the last two years as a result of price increases, reductions in competition, and higher mortgage rates.

Skylar Olsen, Zillow’s chief economist, mentioned higher rates have led to “affordability shock” among buyers, which has resulted in the slowdown. The economist added that as prices continue to lower, they’ll become more attractive to those looking to buy and that the housing market will eventually return to normal.

Zillow also pointed out that despite inventory sharply rising, it’s still below pre-pandemic levels at 43.5% less than July 2019. Economists at the online company believe the reduced availability will keep prices from dramatically falling.