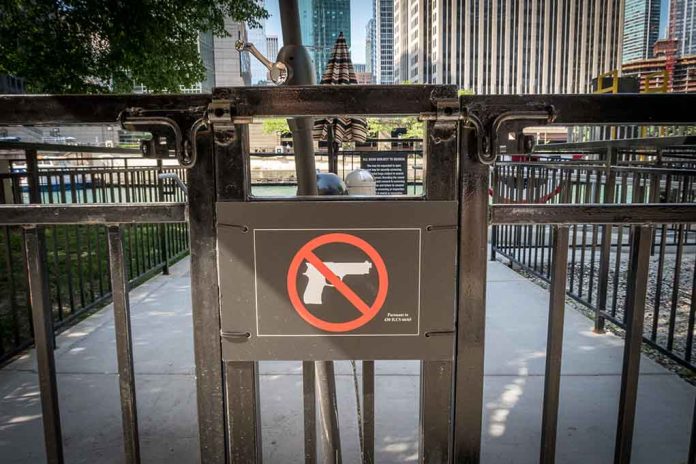 (RepublicanNews.org) – The Safety, Accountability, Fairness, and Equity-Today (SAFE-T) Act, described by Orland Park Mayor Keith Pekau as “the most dangerous law I’ve ever seen,” came into effect on Jan. 1 in Illinois. The bill is an overhaul of the Illinois justice system with new provisions, such as limiting circumstances when a defendant can be considered a flight risk and allowing defendants under electronic monitoring to be away from home for up to 48 hours before they can be charged with escape.

In November, Jefferson County Sherriff Jeff Bullard said that most counties in the state were completely opposed to the changes, saying that “It really only had Cook County in mind”. He added that if Cook County wanted it, they could have it, “But the rest of us don’t want it.” He urged Illinois police and state’s attorneys not to be “overzealous” when prosecuting victims who use violence to protect themselves and stop people who are committing crimes once the new law takes effect.

One provision in the bill was the elimination of cash bail, a move opposed by 100 out of 102 county state’s attorneys on the grounds it would lead to the immediate release of a flood of violent criminals onto the street of Illinois communities. The Illinois high court halted the elimination of cash bail on Dec. 31 as the state appeals the decision, but the rest of the bill remains in effect.

The bill was pushed through the Democrat-controlled Illinois legislature in the dying hours of a lame-duck session, then signed into law by Democratic Gov. J.B.Pritzker. Republican Illinois state Rep. Patrick Windhorst claims to know several people who originally voted for the bill, but who now have regrets. He claims, “a lot of people who voted for it didn’t realize what was in it.”