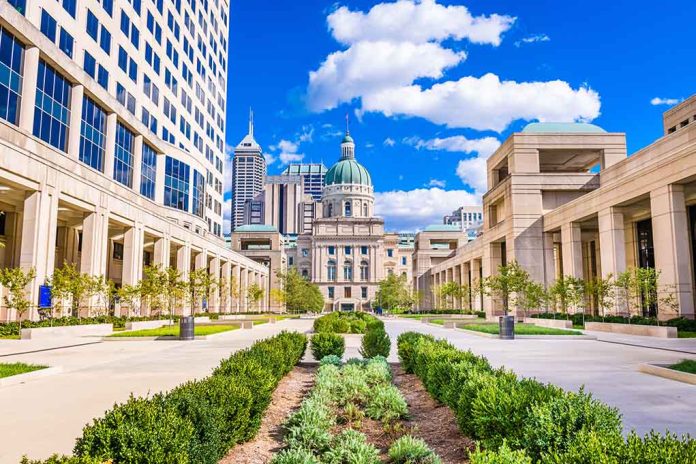 (RepublicanNews.org) – The Office of Technology in Indiana announced on December 29th that TikTok would be blocked from use on State computer systems and Devices. The state now joins 19 others who have imposed restrictions on the use of the app on government-owned devices.

Indiana’s Attorney General Todd Rokita is an outspoken critic of TikTok and has taken to Twitter to spread his message about its dangers. His video clip instructs parents in ways to restrict access to content, or even block it, as he encourages them to protect their children from what he calls a “harmful” app.

Mr. Rokita is so concerned by the dangers of TikTok for children that he announced on December 8th that the state would sue the company, which he claims misleads its users about the level of inappropriate content and security of consumer information. The app claims to be safe for users 13 and over, but Rokita claims it contains “salacious and inappropriate” content, which young users too easy access. He also asserts that the app collects sensitive and personal information and deceives users into believing that this data is secure.

Earlier this year, the Federal Communications Commission’s senior Republican member, Brendan Carr, called for the U.S. government to ban TikTok completely. Many lawmakers from both sides of the aisle have concerns about the app owned by the Chinese company ByteDance.

Carr claims that TikTok poses an unacceptable risk to national security due to the vast amounts of private and sensitive data it harvests from its users. He referred to it as a “sophisticated surveillance tool,” raising the alarm that the government of China has unrestricted access to this vast bank of information.

TikTok officials deny that their app has nefarious intent and claim there are sufficient protections in place for U.S users.