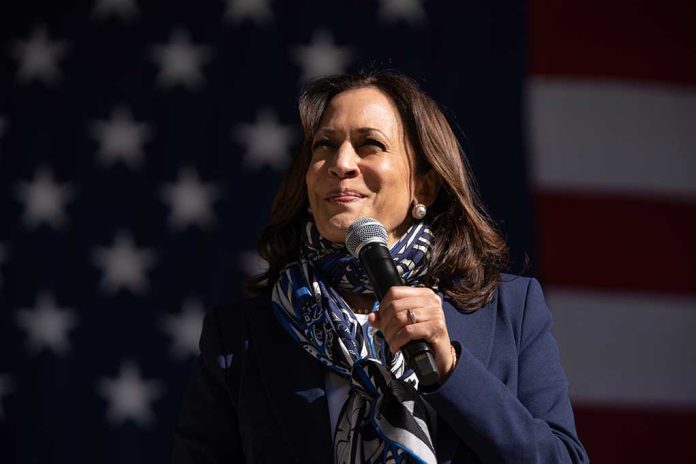 (RepublicanNews.org) – When Joe Biden and his running mate, Kamala Harris, won the 2020 presidential election, their success immediately prompted scrutiny. Critics questioned how long Biden would remain in charge and whether the current VP was the real figurehead in the situation. FLOTUS Dr. Jill Biden recently called Harris “president” yet again, setting fire to claims that fell by the wayside for a time.

Dr. Jill Biden’s gaffe came during an event for Black History Month. As she began introducing Harris, the First Lady mistakenly called her president rather than the vice president. While she eventually corrected herself, the incident still prompted laughter from the crowd.

Jill Biden introduces Kamala Harris as "the President," and then claims that she "just said that to make you laugh." pic.twitter.com/RMofb9pUL6

Dr. Biden then went on to claim she only said it to make them laugh.

Despite the uncomfortable introduction, the VP didn’t seem to notice. Harris made no mention of the stumble as she began speaking to the audience.

Joe Biden himself has a history of inadvertently calling Harris the President of the United States. Yet, some believe the constant mix-ups are at the very least disrespectful, if not perhaps a smoke signal to a more nefarious plot unfolding behind the scenes. People may actually start to believe Harris is the president if they keep calling her that.