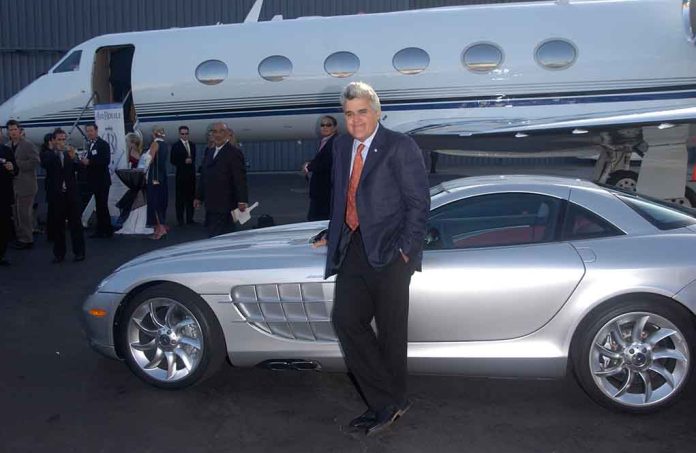 (RepublicanNews.org) – On August 26, 2021, 13 US service members lost their lives as the result of a terrorist attack at the Kabul International Airport in Afghanistan. The assault came amid President Joe Biden’s botched withdrawal of American forces in the region. The one-year anniversary just recently passed, but the commander in chief didn’t seem too concerned about it. He spent the day with Jay Leno.

Darin Hoover, the father of a Marine killed in the attack, blasted President Biden in an interview with the Daily Mail. The grieving father admitted that he didn’t expect the world to pause for his son and the others killed that day but asserted the president could’ve found a better way to pay his respects. Hoover mentioned going to the Arlington Cemetery and laying a wreath at the Tomb of the Unknown Soldier, asking why the US leader didn’t do something similar to commemorate the 13 lives lost that day.

Instead, Biden spent the hours with Leno, filming a segment for Jay Leno’s Garage. The president expressed the amount of fun he had driving an old Corvette and a Ford F-150 Lightning, which he called a “fast SOB” and declared he’d like to drive again. The president did release a statement regarding the fallen heroes, briefly noting their sacrifice before departing to visit the media personality.