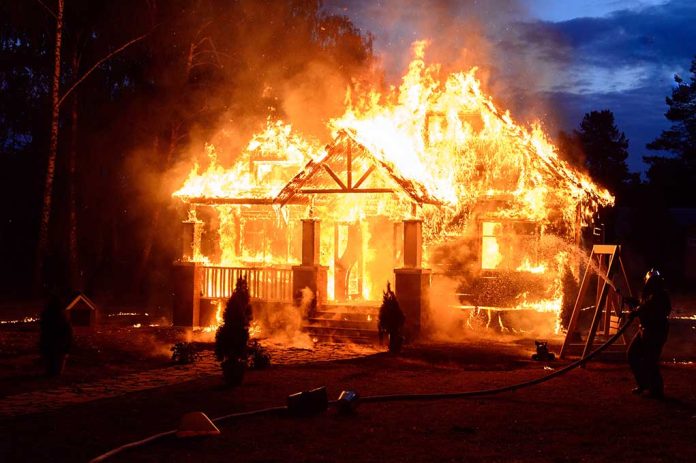 (RepublicanNews.org) – Tragedy recently struck a family in Kentucky after their home went up in flames. The nightmare didn’t end there. A retired judge and one-time gubernatorial candidate also died in the burning house as he attempted to stop the blaze.

Tom Emberton, once a Republican candidate for Kentucky governor and later chief judge of the state Court of Appeals, died Thursday in a house fire after getting his wife to safety, officials said. https://t.co/YK7zzPkeRj

Tom Emberton, a retired Kentucky appeals court justice, died on October 20 after his home caught fire around 3:30 a.m. The 90-year-old valiantly saved Julia Emberton, his wife of 65 years. He then went back in to try to save his home but succumbed to the inferno, according to the Mayor of Edmonton, Doug Smith. The mayor described Emberton, a long-time friend and fishing partner, as special and infectious. Smith noted the former judge was a good guy and did a lot for the community of Edmonton, Metcalfe County, the Fifth District, and the state of Kentucky.

In 1971, Emberton ran for Kentucky governor as a Republican, with Senator Mitch McConnell as part of his campaign team. The Senate Minority Leader mentioned the one-time gubernatorial candidate taught him a lot about the world of politics, public service, and running as a statewide Republican in Kentucky. McConnell noted Emberton was a good friend to him and his wife and that both of them were heartbroken to hear of such tragedy.