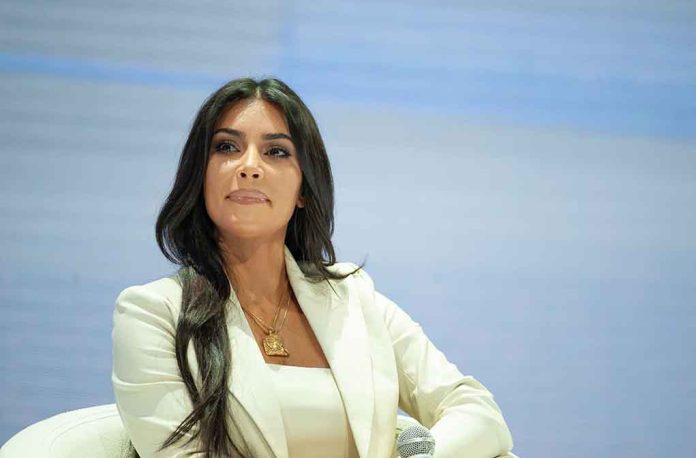 (RepublicanNews.org) – In 2016, robbers broke into the place where Kim Kardashian was staying in Paris, France, held her at gunpoint, tied her up, and stole about $11 million worth of jewelry. Authorities arrested 12 men, The Grandpa Robbers, for the crime. One suspect, Yunis Abbas, recently interviewed with Vice News, where he not only said he feels no remorse for his actions but also blamed the Kardashian for being too “showy.”

Abbas said flaunting riches in front of people who can’t afford it is just asking for trouble.

(Insider):#Kim #Kardashian's Paris hotel robber, who helped steal more than $10 million in jewelry from the reality star, blamed her for the heist: 'They should be a little less showy toward people who can't afford it' : Yunis .. https://t.co/tMRq1zxNny

The thief said he used the internet to research the socialite to find out how much money she had and what valuables she might have on her in Paris. He also watched “Keeping Up With the Kardashians,” where he saw her throw a diamond away and figured she just didn’t care about her millions. Abbas concluded that if she didn’t care, why should he?

During the interview, he went into detail about the incident, including how he got past the concierge, tied up the victim, and fled without capture. Following the incident, the celebrity stopped geotagging pictures “in real time” to prevent further incidents. She also told comedian Ellen DeGeneres a year after the attack that she became less materialistic.