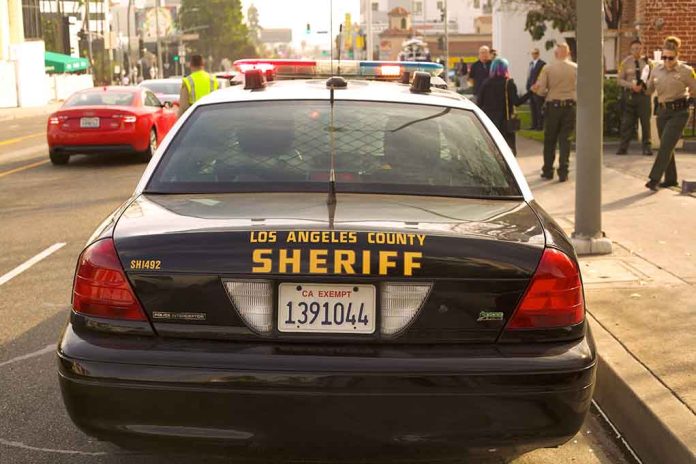 (RepublicanNews.org) – Authorities initially arrested five individuals connected to the abduction of singer Lady Gaga’s French bulldogs and the shooting of her dog walker, Ryan Fischer, back in April 2021. The alleged gunman, James Howard Jackson, was erroneously released while awaiting trial in an LA jail just one year later during the same month. The US Marshals Service (USMS) is now searching for him — and he may be armed and dangerous.

James Howard Jackson, 19, was sprung from custody on April 6 due to a “clerical error,” authorities say. https://t.co/2TGATfy0J9

According to a statement from the Service, the Los Angeles Police Department accidentally released Jackson after experiencing a supposed “clerical error.” It isn’t yet clear exactly what that mistake was or how it led to him walking away from the jail scot-free.

The 19-year-old shooter ambushed Fischer back in February of 2021. The dog walker struggled to fight his attackers off before Jackson shot him, causing him to suffer a collapsed lung. The dognappers dropped the singer’s three beloved pets off just two days after the incident unharmed.

Fischer reportedly asked the teen to turn himself in not long after news of Jackson’s release broke; he wanted the courts to determine the consequences for the young man’s crime. In an Instagram post, the dog walker said he felt deeply concerned over the details of the botched process, but is confident that police will fix the problem.

The USMS describes Jackson as a black male with brown eyes and black hair who stands approximately 5′ 6″ in height and weighs around 120 pounds. They ask that anyone who knows of Jackson’s whereabouts contact the police or submit an anonymous tip online. The service is also offering a $5,000 reward for information leading to his capture.