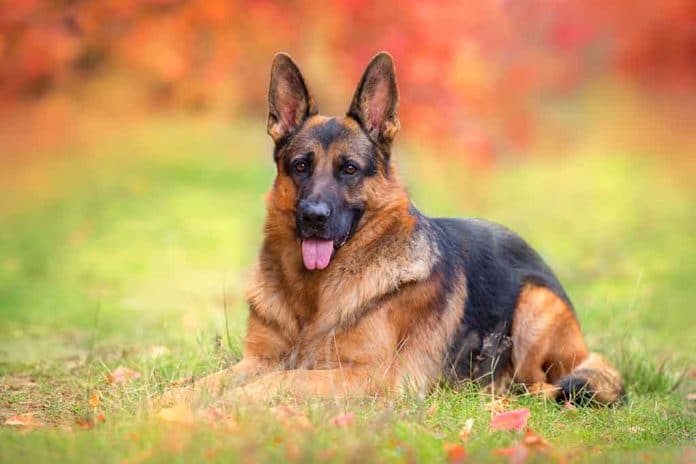 (RepublicanNews.org) – Former President Donald Trump wasn’t exactly partial to pets during his time in office. In fact, he often expressed that his busy life and lack of available time rendered owning a dog or a cat all but impossible. On the other hand, President Joe Biden welcomed two German Shepherds named Major and Champ into the White House only days after his inauguration.

Lara Trump is now demanding answers about what happened to the older of the two canines — and why Biden seems to be spending so much time on vacation.

On a January 18th appearance on Fox News’ Hannity Live, Lara Trump started the conversation about Biden’s pets with an opinion. She feels the president is taking far too much time off from work, venturing to his Delaware home to spend time with his dogs.

Trump initially implored him to stop vacationing and spending so much time with his dogs on the beach in Delaware. Then, she channeled in on the disappearance of Biden’s oldest dog.

Lara Trump: I think it’s time to stop vacationing Joe Biden… By the way we still don’t know what happened to the first dog pic.twitter.com/UA17gkD9zr

“…Well, we still don’t know what happened to the first dog,” she pointed out.

What Happened to Champ?

So, just where the heck did Biden’s dog Champ actually go? The beloved pet seemingly disappeared from public view partway through the president’s first year in the Oval Office.

The answer to her question is both unfortunate and sad.

Biden and his wife Jill adopted their dog Major from a shelter — the first such pet to ever live in the White House. Unfortunately, the 3-year-old dog seemed to have some trouble adjusting to the location and attacked a secret service agent. The First Family decided it was best to rehome Major, who moved in with one of their close friends.

A short time before Biden decided to send Major off, both shepherds returned to the Bidens’ home in Delaware for a time.

The White House issued a statement a short time later noting that Champ passed away peacefully at home. It stated that the elderly dog continued to display companionship, loyalty, and strength even as he struggled with the effects of his advanced age.

The president and his wife adopted a new puppy named Commander in December.

The White House also teased Americans with the potential adoption of a cat in June of last year. Unfortunately, the family has yet to make good on its promise.

New “Commander” in the House

Now that Commander is officially a part of the family, the White House staff can once again enjoy the love and joy pets so often bring. Yet, after the incident with Major, the Secret Service might remain on high alert until the furbaby becomes acquainted with them and his new surroundings.

But here’s the real question: Is Lara Trump right? Does Biden spend too much time relaxing with his dogs and not enough time at work? Distraction or welcome addition: You decide.