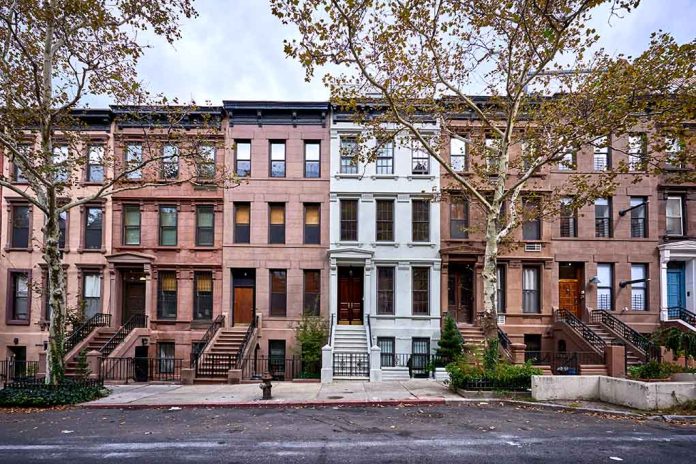 NYC CHAOS Reported – Leaders Are Panicking After This

(RepublicanNews.org) – New York City (NYC) has been open to taking in migrants that Governor Gregg Abbott (R-TX) sends by the busload. Now, lacking the proper infrastructure, the city is having an issue housing all these people. Could the Lone Star State leader be proving something?

Not Going as Planned

The New York Department of Homeless Services recently told the New York Post the agency had to abandon its original plan for the migrants coming from Texas. Officials had hoped to operate an intake and processing center inside the ROW NYC hotel. They claim to have found someone to run the Manhattan facility but aren’t disclosing any other pertinent information. Meanwhile, the Midtown shelter, which had been slated to open on August 15, is still inoperational, and the 5,000 rooms city officials requested from hotels a little over a week ago have yet to be rented.

Currently, NYC officials are placing migrants in homeless shelters, which are already struggling. City leaders have refused to disclose how much money they’ve invested in housing these people, but the Post estimates the cost could be more than $300 million. Around 6,000 migrants have come to the city seeking shelter after traveling from Texas per Abbott’s order.

Governor Abbott began sending migrants on a one-way trip to NYC due to Biden’s weak border policies. The southern border is seeing an influx of drug and gun smuggling and people like never before, and it’s beginning to strain states that neighbor Mexico.

With Abbott’s state struggling to house and process the unprecedented number of migrants, he sent them to Democrat-controlled areas to make leaders realize the difficult task they expect border states to undertake. With NYC just beginning to understand the housing issue alone, perhaps the Texas Republican may be proving his point.

Sheinkopf explained that once someone adds the city’s crime to the pile, Adams will appear ineffective in running NYC. The career political consultant added that if the issue continues into late fall when the weather changes, the mayor will have a bigger problem. Sheinkopf called the situation a “public relations disaster” with no indication that Abbott would stop sending migrants to the overwhelmed city.

NYC Mayor Eric Adams has attempted to get assistance from the White House and the US Conference of Mayors. Nonetheless, he has yet to receive any outside help. Hank Sheinkopf noted that if Adams can’t solve this problem, the official will send a clear message.