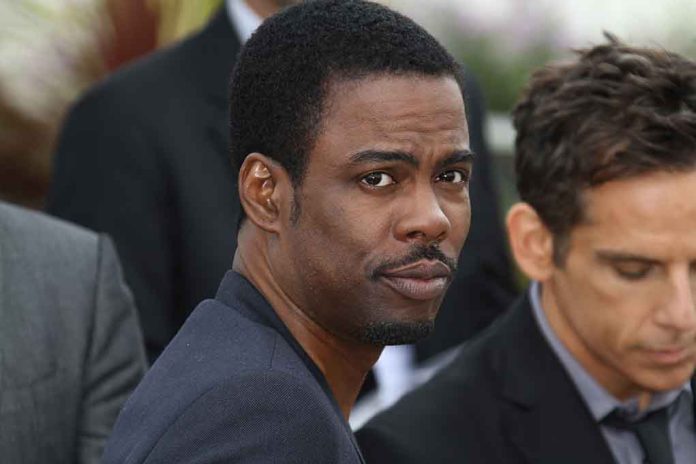 (RepublicanNews.org) – Fox News personality Laura Ingraham had some fun on her show with some old footage of her and Chris Rock. Rock is currently all over the news and social media platforms for receiving the slap viewers around the world witnessed on the Oscars. The popular host had journalist Raymond Arroyo on her show, “Ingraham Angle,” to discuss all the hubbub about the incident, according to Mediaite.

Before delving into Ingraham’s past with Rock, Arroyo expressed his displeasure with the crowd of elites at the Academy Awards giving Will Smith a standing ovation. The actor had just won an Oscar, but he had also just assaulted someone on live television.

In the clip, Arroyo asks, “Who are we as people?”

After Arroyo’s serious talk about the event, he moved on to banter with Ingraham about a clip he dug up, showing her with Chris Rock back in 1996. As the clip rolls, Rock very plainly insults Ingraham, calling her “one mean b*tch” as the audience, Ingraham and her colleagues included, bust out in laughter. As she laughs with Arroyo about the clip, joking heartily about her hair and clothes back in the 90s, he mentions that it seems like a regular thing for Rock.

Rock has called himself a Democrat in the past, but his comedy routinely attacks people from both parties. He is definitely far harsher on former President Donald Trump and his supporters than most DNC leaders. According to the Washington Post, Rock says that while he is no fan of Trump and his policies, Democrats are ultimately just as responsible for America’s issues.