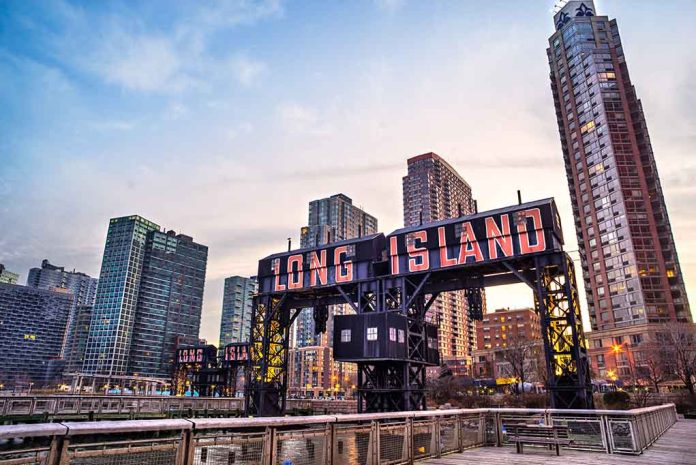 (RepublicanNews.org) – Amityville, Long Island, originally made famous by the Amityville Horror movies, is once again at the center of public attention for a very different reason. A man is suing the town for refusing to allow him to construct a home. Vincent Franco, 62, claims the community is intentionally blocking his efforts because he supports former President Donald Trump.

According to the New York Post, Franco is suing Amityville for blocking his house expansion strictly because of his outspoken support for Trump. He is seeking $1 million in damages.

Renovations initially began back in 2020, but the construction contractor had allegedly faced several obstacles in finishing his home. Franco accuses local residents of filing complaints, saying the homeowner’s intention was to use the expansion for a three-family dwelling or commercial storage. His lawsuit calls the protests little more than a cover-up for their real motivation: contempt over his choice to fly Trump-supporting flags from his vehicle.

Notably, Franco received the go-ahead to begin the expansion in August 2021. His newest obstacle stems from a building inspector who no longer fills the position. That individual apparently granted him a green light to increase the height of his home. Unfortunately, a new building inspector told him he violated height restrictions. The homeowner had already raised the roof more than three feet, which carried a hefty $100,000 price tag.

Now, the town has halted any further construction on the project. Franco claims he and his wife are forced to live in a small portion of their home while the expansion is directly exposed to weather and wildlife.

Do you feel Franco is justified in this situation? Is the town really plotting against him for being a Trump supporter?