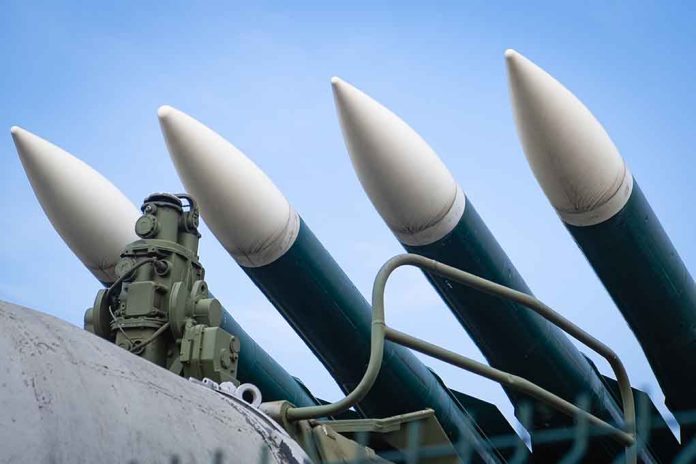 (RepublicanNews.org) – As Ukraine continues to fight for its freedom, the country has asked for help from other nations, including the United States. President Biden has sent aid to Ukraine in various forms of equipment and funding. Now, Ukrainian forces are asking for more Stinger and Javelin missiles, which presents a problem.

A recent article in Defense One paints a troubling picture of Raytheon Technologies struggling under the weight of resource limitations. Company CEO Greg Hayes apparently told attendees of the company’s recent quarterly income call that it wouldn’t be able to churn out Stinger missiles for some time. Raytheon needs to redesign the missile’s seeker head and electronics.

Still, the company isn’t dead in the water, either. Hayes also said Raytheon is also in the middle of manufacturing a new rocket for an international customer.

The CEO additionally told callers that Raytheon is attempting to work with the Department of Defense (DoD) to find a solution to its production woes. Unfortunately, it hasn’t produced a Stinger missile in nearly two decades, mostly due to a lack of orders from the DoD.

The US has been sending Stingers to Ukraine to aid them in self-defense measures. The weaponry apparently helps its military shoot down Russian aircraft.

According to an article published by CNN, Ukraine told the US it needed 500 Javelin and 500 Stinger missiles per day back in March. While Raytheon is responsible for manufacturing Stingers, Javelin production stems from a cooperative agreement with Lockheed Martin.

Hayes has clarified that Raytheon is attempting to gain access to materials necessary to produce Stinger missiles. However, he also said the DoD wasn’t likely to place a big order until at least 2023 or even 2024.

The lack of access to Stinger missiles could prove troubling if the US and Russia do go to war. American forces could face similar defense needs should President Vladimir Putin decide to initiate an incursion or attack. Right now, that’s not a viable option.