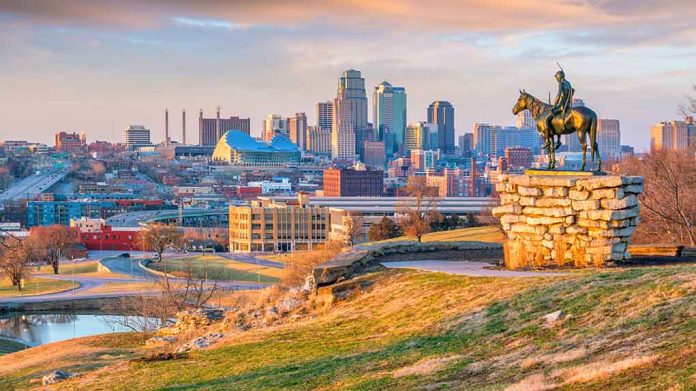 (RepublicanNews.org) – A Kansas man who threatened to kill state lawmaker Jake LaTurner is on federal trial for the threats, which prosecutors say took place in June 2022.

The defendant, Chase Neill, 32, underwent a mental health evaluation. The report says Neill claims to believe he is “the messiah.” Holly Teeter, the US District judge overseeing the trial, ruled that Neill was mentally competent to assist his attorneys and participate in his trial.

LaTurner was a state treasurer and a state-elected representative before winning a seat in the US House in 2020.

Neither prosecutors nor LaTurner’s office would comment on the trial.

According to prosecutors, Neill, who lived in what was then LaTurner’s political district, left LaTurner a threatening voicemail message at his office. Neill followed this up with several more threatening calls the next day, prosecutors allege.

A pretrial report on Neill’s mental health said he was delusional and paranoid, and that he claimed to be “the messiah.” The report recounts an incident in which Neill is alleged to have accused a Lawrence, Kansas, police officer of stealing Neill’s “unicorn business idea.”

Earlier, a US Magistrate denied a request from Neill to be released before trial, relying on the pre-trial report of the defendant’s mental health, and noting he had large debt but no income.

The same magistrate referred to an earlier head injury sustained by Neill.

Prosecutors say that Neill claims he was told by God to “warn certain public figures,” and to tell those figures what would happen if they did not heed those warnings.

Other politicians locally and nationally have faced threats of violence in recent years. Election workers and school board members have also reported violent threats from the public in greater numbers in the past two years.

Chase Neill faces one count of threatening a public official in his federal trial.

LaTurner’s Eastern Kansas district included Neill’s hometown of Lawrence until the Kansas Legislature redrew political districts in 2022. Lawrence and the surrounding area is considered one of the most liberal parts of the state.