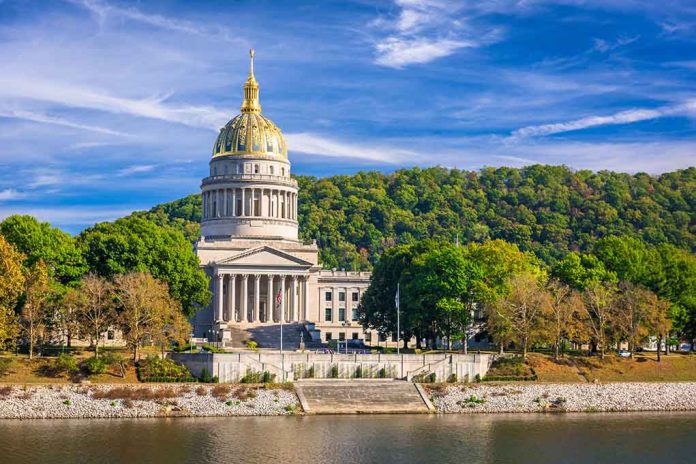 (RepublicanNews.org) – After months of speculation as to whether or not Senator Joe Manchin (D-WV) would become a Republican, he’s finally clearing the air. While many have remained skeptical of his position as a Democrat, a recent book claims Manchin told a fellow member of the Senate he would switch sides if that person were in charge. Manchin denies these claims, saying he never took switching political affiliations seriously.

In their new book, “This Shall Not Pass: Trump, Biden, and the Battle for America’s Future,” authors Jonathan Martin and Alexander Burns — both of whom are reporters for the New York Times — detail Senator Manchin’s alleged comments to Senate Minority Whip John Thune (R-SD). They claim Manchin said he would switch sides if Thune were in charge of the GOP.

Manchin, however, said that wasn’t true; instead, the comments were part of an ongoing joke between him and other GOP Senators. The West Virginia Democrat admitted his Republican friends would love it if he swapped parties. He recently made headlines when he said he would depart the DNC and become an independent to avoid embarrassing the Democratic caucus.

Of course, Manchin never became an independent, even with Republicans pressuring him to switch sides and join them on the Right side of the aisle.

Senator Manchin clarified that people could read into whatever they like, but in the end, he is who he is: a West Virginia Democrat. He remains a moderate at best but sometimes sides with Republicans on some issues. Still, it appears unlikely that he’ll ever switch parties.