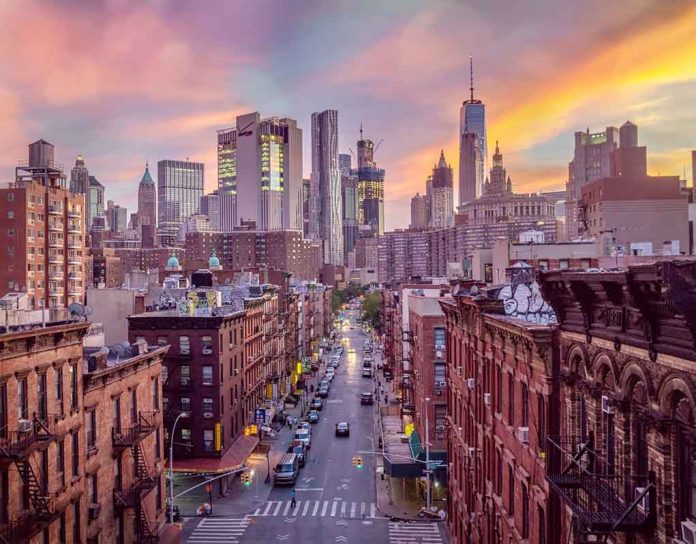 Top Conservative CALLS OUT A Publication For What They Truly Are

(RepublicanNews.org) – In the modern era it can be hard to find legitimate and accurate news, even from major media outlets. Recently, “Life, Liberty, and Levin” host Mark Levin took aim at the New York Times for contributing to the problem. The host used his show to accuse the media company of publishing Holocaust coverage he says is even worse than fake news.

Levin offered Americans sage advice on the May 7 episode of “Life, Liberty, and Levin”: stop reading articles from the NYT. He shared a passage from his new book, “Unfreedom of the Press,” which details how the major newspaper buried Holocaust news by only featuring it on the back pages.

Levin went on to discuss how many people would expect the NYT to extensively cover what was happening in Europe, citing its vast resources, reputation, number of Jewish readers, and Jewish ownership. Yet, the media personality feels the NYT is behaving in an oppositional way by seeming to ignore the systemic slaughtering of millions of Jews instead.

Levin noted that many Americans during the Second World War weren’t concerned with the treatment of Jews. Citing Dr. David Wyman’s findings during a video recorded by Fox News, he said too few citizens even knew that a genocide was happening in the first place.

Levin’s message isn’t far off from the truth. As he explains, the NYT attempted to force President Donald Trump out by pushing false claims and narratives, such as the Trump-Russia collusion case. Levin noted that the newspaper also supported both impeachments and continues to stand up for the investigation into Trump despite his presidency ending in 2020.

The Fox News host also mentioned how the NYT has been pushing the radical left agenda, claiming it became a “destructive force” both inside and outside of the US. Levin noted the media giant’s decision to push content about the 1619 Project, which he claims undermines America’s history.

With the state of the US and the world, people need a news source they can trust, but that’s becoming increasingly hard to find. Is it safe to say that most Americans should consider the New York Times suspect at this point? Why would one want to support them if they really were complicit in the Holocaust? Maybe it’s time the American people stood up for the truth and found sources that weren’t nearly so self-serving.