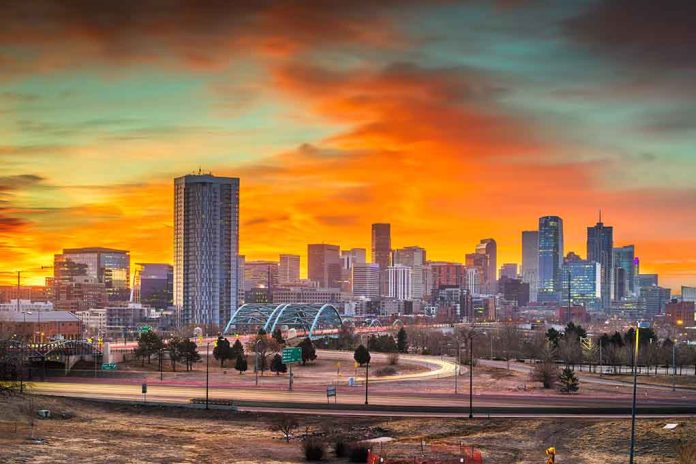 (RepublicanNews.org) – An active shooter tore through Denver, CO on December 27, leaving a wake of destruction in his path. The assailant, who launched his initial attack at around 5:00 p.m. in the downtown core, killed at least four people and injured others in the sudden and apparently unprovoked incident.

#BREAKING: Five people are dead, including the suspect, and three others are injured, including a police officer, after a shooting spree that spanned across Denver and ended in Lakewood. https://t.co/phg8yRKwJN

Local police say 47-year-old Lyndon James McLeod first opened fire on a pair of women in the Denver metro area, killing them both instantly. He then took his spree to First and Broadway, where he injured an unnamed man, and later, to West Sixth Avenue’s 200 block.

The gunman eventually ended up just outside of One Cheesman Place apartments on N. Williams Street. There, he went on to shoot, and fatally injure, 67-year-old resident Michael Swinyard just steps away from the building. McLeod then fled the scene and headed toward Lakewood.

The chaotic situation quickly devolved as McLeod shot yet another individual shortly after arriving in Lakewood. Police attempted to engage and disarm the man three separate times, but he managed to flee shortly after disabling a police car.

Officers finally managed to corner McLeod just outside a local Hyatt hotel, an exchange in which he managed to shoot and fatally injure an attending officer. He then ran inside the establishment and shot a clerk serving behind the front desk.

A short time later, local authorities shot and killed the gunman just outside a shopping center in Belmar. Local law enforcement claim he had a direct connection to several victims killed in the incident, but have yet to clarify exactly what that connection was.