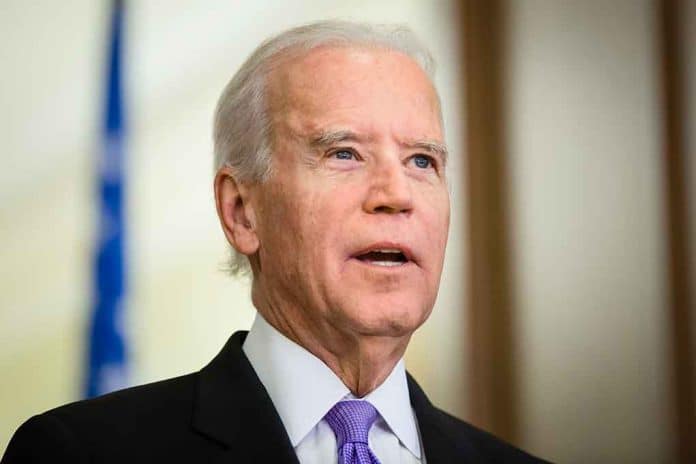 (RepublicanNews.org) – News of Supreme Court Justice Stephen Breyer’s impending retirement sent ripples through the media that echoed across the political playing field. Reporters leaked the update even before Breyer had time to submit his resignation letter. He later expressed dismay over their actions but confirmed the rumors were true.

Now, the main question is simple: Who exactly will replace him once he’s gone? Senator Mitch McConnell’s recent backroom deal may throw a wrench in President Joe Biden’s nomination. The amount of speculation surrounding the Supreme Court and who will be the next justice is monumental.

The US Senate currently contains an even split between Republicans and Democrats. Thus, the “nuclear option” is in play, allowing the chamber to pass a nominee with a simple majority vote (51 to 49). But if no Republicans want to play ball and the vote is split, Vice President Harris acts as a tiebreaker.

According to TIME Magazine, the move can only happen if the Senate Judiciary Committee agrees. Currently, the Judiciary Committee contains 22 members — 11 members from each side of the aisle. If every Republican rejects Biden’s pick, the nominee won’t even make it to the floor. From there, they wait until the party leader brings the issue to the floor for debate.

The issue transforms into a motion to discharge rather than a simple nomination. Sixty senators will need to vote in favor of resurrecting the nomination at that point, necessitating cooperation from at least 10 Republicans. After that point, the issue heads back to the Judiciary Committee that first rejected it.

McConnell hasn’t indicated whether or not he plans to use this measure to handle Biden’s nomination, but he did say his actions will depend on the president’s choices. Still, it’s a good way for Republicans to prevent the commander-in-chief from nominating a radical Democratic Party justice who might cause havoc in the court.