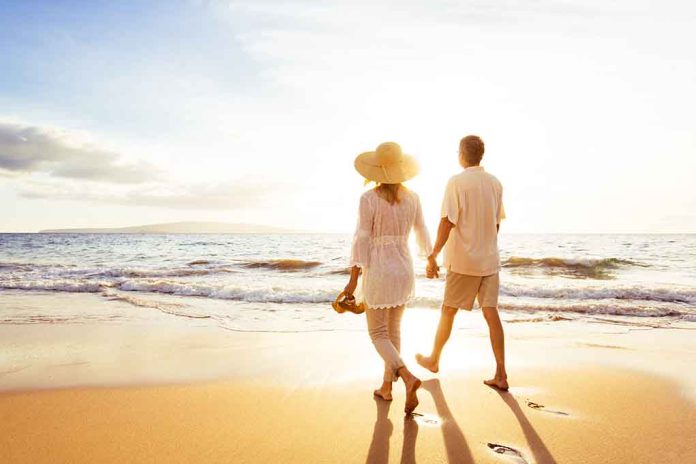 (RepublicanNews.org) – After their very public divorce, Bill and Melinda Gates stayed quiet for the most part. However, the latter now appears to be getting back into the dating pool. Who could be the lucky guy dating one of the richest women in the world?

MELINDA GATES NEW MAN
IN HER LIFE
… First Since Split With Bill https://t.co/HtVUZbuzjg

According to TMZ, sources say the man is Jon Du Pre, a former correspondent at Fox News. The former Mrs. Gates has been open about her marriage with the Microsoft developer and their divorce, but she hasn’t been revealing when it comes to her dating life. The ex-wife of Gates has yet to confirm the new relationship.

TMZ claimed sources close to the alleged couple say the two have been dating for a few months, possibly even longer. Back in April the pair was spotted at a Nets-Celtics game. Could they have been dating then? The publication also claimed to have knowledge indicating that Du Pre and his alleged new girlfriend traveled with family to the 5-star Newport Beach hotel, Pelican Hill.

Du Pre hasn’t done bad for himself, having a successful 35-year career in a number of different content development jobs. The 60-something-year-old worked as a correspondent for Fox News between the late 90s and early 2000s.

How Du Pre and Gates met is unclear, but they seem to be enjoying each other’s company. Perhaps they’re still in the honeymoon phase.