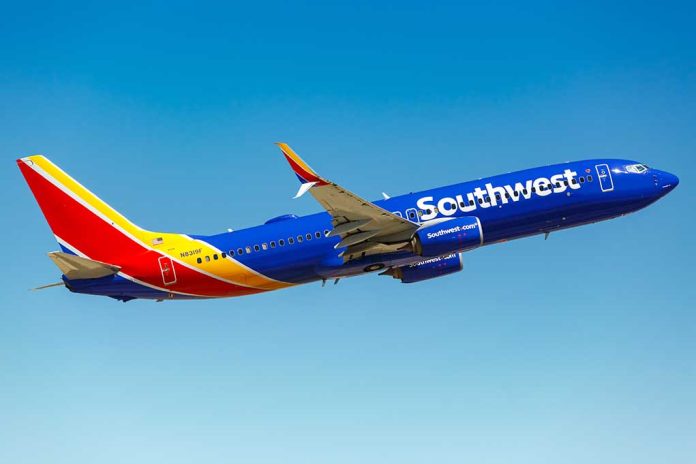 Netflix Star Gets Forcibly REMOVED From Her Flight

(RepublicanNews.org) – Celebrities usually get a nice, warm welcome on flights. However, that didn’t seem to be the case for “Orange Is the New Black” actress Melinna Bobadilla when a Southwest Airlines flight crew kicked her off a flight. The “Gentefied” star claimed she was just trying to stick up for another woman after a flight attendant allegedly “slut-shamed” them.

According to Breitbart, the actress took to Twitter to express her dismay, explaining the situation and how the crew handled it. Bobadilla mentioned how the other woman in the incident was wearing a corset. The flight attendant told her Southwest was a “family company,” and her corset could offend someone.

The actress quickly snapped back, asserting the person behind her, whom she described as a white conservative male, was wearing a “Let’s Go, Brandon” shirt, and even though it offended her, the attendant did nothing about the passenger’s attire, calling it a “double standard.”

Bobadilla’s Twitter rant continued, claiming the attendant forced the woman to wear a sweatshirt and made her get off the plane for standing up against Southwest’s allegedly “misogynistic” policies. The actress asserted Southwest “disrespected two women of color,” claiming the company endangered the life of one by involving law enforcement, all while supposedly protecting the man behind her. Naturally, Bobadilla told the company it was garbage and needed to go bankrupt.

Southwest attempted to apologize and asked the actress to send them a direct message about the incident.

Thanks for reaching out, Melinna, and we're sorry to hear you were unable to travel to your destination as planned. Please send us a DM with your confirmation #, as well as any additional details about your experience you wish to share, and we'll follow-up with you ASAP. -Brenna https://t.co/mQmfkXW4oV

Still, the star refused to engage the company in private, instead publicly demanding compensation for having to book another flight and suffering emotional distress and other damages. Did she exaggerate the situation?