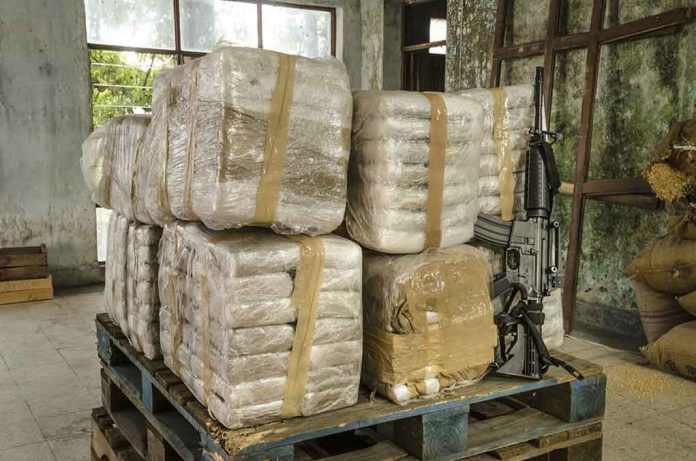 (RepublicanNews.org) – One of the major concerns people have with illegals flooding in from Mexico is the dangers some will bring with them. Drugs are a bigger problem in Mexico than many people realize; the country has several cartels producing, distributing, and selling the illegal substances. The Mexican government recently executed a massive bust consisting of multiple drug operations.

According to Breitbart, the Mexican Army conducted a 48-hour operation in which authorities discovered, and shut down, three illegal manufacturing facilities belonging to the Sinaloa Cartel. The first, near the town of Soyatita. Authorities claim to have confiscated 220 pounds of calcium chloride anhydrous, 34 plastic jugs containing unknown chemicals, and two 55-gallon barrels with labels indicating they were full of benzyl alcohol. Mexico’s Army also found equipment utilized to manufacture drugs at the site.

About 48 hours later, the army raided another facility, this time between the towns Ipucha and Calafato. During the second raid authorities found drug cooking equipment, two vehicles, tanks full of natural gas, barrels full of unknown chemicals, and nearly 800 pounds of methamphetamine.

The third raid wasn’t as significant but was still important. Located near the town of Chirimole, authorities discovered meth-cooking equipment, storage drums, and tanks full of natural gas, all of which they confiscated. Their success is likely a small dent in the amount of drugs running in the country, but every bit makes a difference. Authorities admitted they made no arrests during any of the three busts.