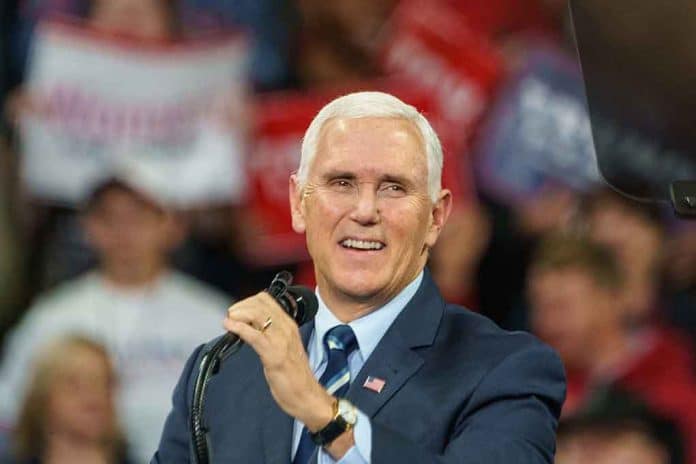 (RepublicanNews.org) – Mike Pence served as the governor of Indiana before answering the call of duty to serve as vice president under former President Donald Trump. For four years, Pence stood in Trump’s shadow. Now is his chance to bring himself into the light. Will the former VP continue the ongoing showdown between the two GOP leaders by announcing his own run in 2024?

There’s no love lost between Pence and Trump these days. In fact, the former president blasted his ex-VP for refusing to overturn the 2020 election in a recent statement.

Pence told Jesse Watters this week that he last spoke to Trump “this summer.” “Jan 6 was difficult.”

Since leaving office, Pence has been an active speaker and fundraiser for Republicans, and is also to rumored to be considering a 2024 run. pic.twitter.com/2GEfDtlPN6

Like Trump, the former vice president has yet to officially announce a plan to run for the presidency in 2024. But Pence’s actions currently speak louder than words. The outspoken former VP is quickly becoming one of the GOP’s key activists — especially around abortion.

The former vice president’s advocacy group, Advancing American Freedom (AAF), issued a statement regarding the 49th anniversary of the Supreme Court’s “Roe v. Wade” ruling in 1973, hoping it would be the last. The AAF asserted it would continue to work toward ending abortion access as the Supreme Court currently hears pivotal cases.

We are asking the Court, in no uncertain terms, to make history. We are asking the Supreme Court to overturn Roe v. Wade and restore the sanctity of human life to the center of American law. pic.twitter.com/pxXnj5cTm9

Pence recently spoke at a pregnancy center in Spartanburg, SC. He will also speak at the Carolina Pregnancy Center in May. Several GOP presidential candidates spoke at that exact center in 2016, including Senator Ted Cruz (R-TX), businesswoman Carly Fiorina, and former Governor of Florida Jeb Bush.

The GOP already has a potentially packed ticket for the 2024 election. Will Pence join the race?