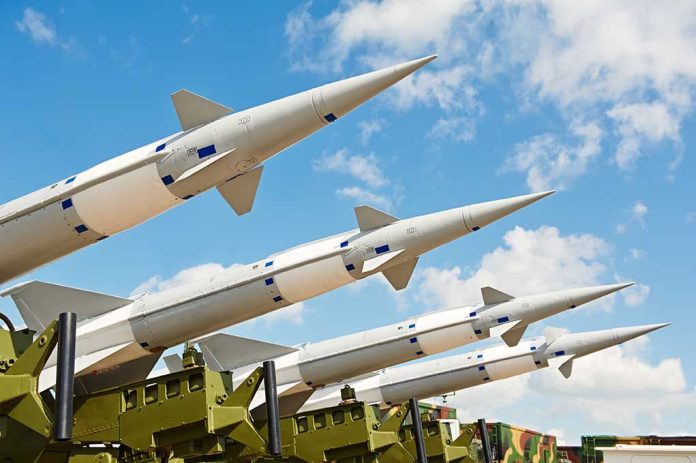 (RepublicanNews.org) – The world continues to fear Iran’s ongoing development of nuclear weapon capabilities. The country and its officials do not appear at all interested in negotiating or halting their programs in response to global concerns. In fact, a recent hacking attack against the Jerusalem Post suggests it’s closer to achieving that goal than ever before.

On January 3, the Jerusalem Post revealed that it was the victim of an intrusion attempt the day prior, which also just happened to be the anniversary of the US drone strike that killed Iranian leader Qassem Soleimani. Pro-Iranian hackers allegedly gained access to the site and published a picture depicting a missile strike against Israel’s nuclear facility in Dimona.

It is unclear if the hackers were from Iran or supporters from outside the country or if they were state-sponsored.https://t.co/hiHHSISUJ2

The missile in the picture appears to be launching from a ring Soleimani regularly wore during his career. The caption reads, “We are close to you where you do not think about it.”

The Jerusalem Post accused Iran of posting a propaganda video depicting what a missile strike on the nuclear facility might look like only a week ago. Is Iran preparing to attack Israel after learning that the country played a vital role in Soleimani’s death?

General Kenneth McKenzie of US Central Command told New York Times writer Robyn Wright that Iran’s ballistic missiles are more of a problem than its nuclear program during an early 2021 interview. At the time, McKenzie suggested the country had the power to strike with deadly precision across the Middle East.

Will Iran retaliate against Israel for its role in the assassination of Soleimani, or is it simply flexing its missile might? An attack would carry serious consequences, suggesting that world leaders pay closer attention to ongoing developments in the Middle East. The ongoing tinderbox of poor relations between these countries could lead to yet another war.