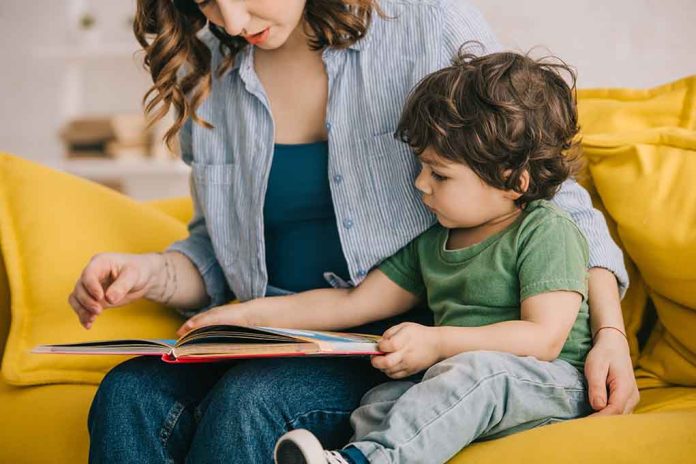 (RepublicanNews.org) – Lunden Roberts, the mother of four-year-old Navy Joan Roberts, has petitioned an Arkansas court requesting that her daughter now be known by the Biden surname. The mother’s attorney claimed in court that she would “benefit from carrying the Biden family name,” which he claimed was synonymous with being “well educated, successful, financially acute, and politically powerful.”

The child was conceived after Hunter divorced his first wife Kathleen and began going on what he describes as drug-fuelled “rampages” with successive women, of which he would remember little. He initially denied paternity of Navy, claiming he had no recollection of any encounter with her mother, but a DNA test confirmed paternity after Roberts filed suit in 2020. Hunter settled the suit for $2.5 million and agreed to monthly child support and healthcare for his daughter.

The name change petition is a response to Hunter’s requesting an adjustment to his child support payments due to a “substantial, material change” in his circumstances. Roberts denied the request and, in another part of her filing, accuses Biden of attempting to stifle discovery into his financial affairs to make it appear that he has less income.

Roberts’ attorney notes that Hunter has a “well-established history of a lavish lifestyle” and is requesting lists of his previous homes and vehicles stretching back ten years.

Text messages retrieved from his now infamous laptop also reveal that Roberts contacted Hunter to confirm her due date, to no response. She was added to the payroll of his consulting firm during her pregnancy, only to be booted off a few months after giving birth.

The child is being raised by her mother in Arkansas. She does not currently receive Secret Service protection, which may be one aim of the suit. She is Hunter’s fourth of five children and is estranged from the Bidens.