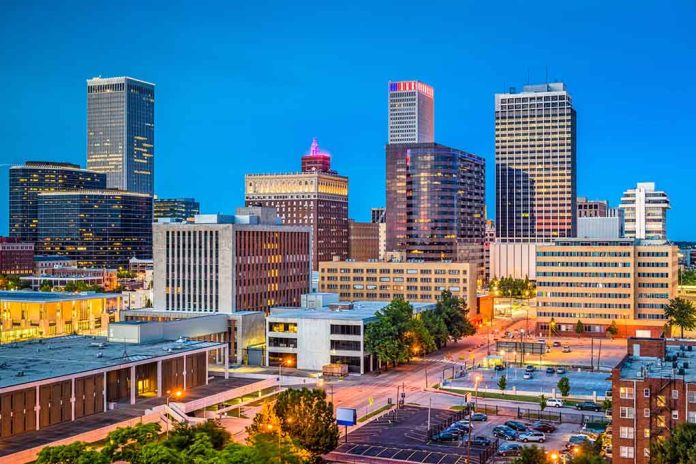 Another Heartbreaking Shooting Grips The Nation

(RepublicanNews.org) – Democrats are pushing harder than ever for gun control legislation after a mass shooter broke into a Uvalde, Texas, elementary school and massacred 19 children on May 24. Just 10 days prior to that, another gunman shot and killed 10 people at a grocery store in Buffalo, New York. Tulsa, Oklahoma, has suffered yet another incident; police say a man shot and killed four people in another deadly shooting.

Four people died, while several others suffered injuries after a man opened fire at a Saint Francis Hospital building in Tulsa, Oklahoma. At a press conference shortly after the tragic event concluded, Tulsa Police Department Eric Dalgleish said that the shooter used a rifle and a handgun to carry out the attack. The suspect eventually turned one of the firearms around and used it to take his own life.

Captain Richard Meulenberg, also of the TPD, said the attack didn’t appear to be random; the assailant specifically chose to go there and shoot those people. Meulenberg also confirmed that several people were injured in the attack.

Oklahoma is a gun-friendly state, where adult residents have the right to carry handguns or long guns openly without a permit. It recently removed legislative hurdles requiring eligible individuals to seek permits before carrying firearms. That makes it one of the most lenient locations in the country. However, adults still need a “legitimate reason,” such as protection, to carry.

The Sooner State still restricts the carrying of firearms in certain areas, such as federal buildings, schools, and bars. People who have a record of aggravated assault or battery, stalking, domestic abuse, violating a protection order, or the possession or use of illegal drugs are also barred from carrying, as are illegal and undocumented individuals.

The fact that three major shootings occurred in the span of a few short weeks is reinvigorating Democratic Party leaders to push for gun control legislation. Lawmakers on both sides of the aisle condemn the suspects responsible for each incident but disagree on how to fix it.

Not everyone believes restriction is a viable solution. Republicans are calling for a focus on mental health. Democrats, on the other hand, hope to lower the amount of ammo a magazine can hold, require mandatory background checks for all firearm sales, and create a law to establish safe storage practices, specifically when minors are in the area the gun is stored.

Which approach will be more effective? Criminals will break the law regardless of new legislation, but clearly, change is needed.