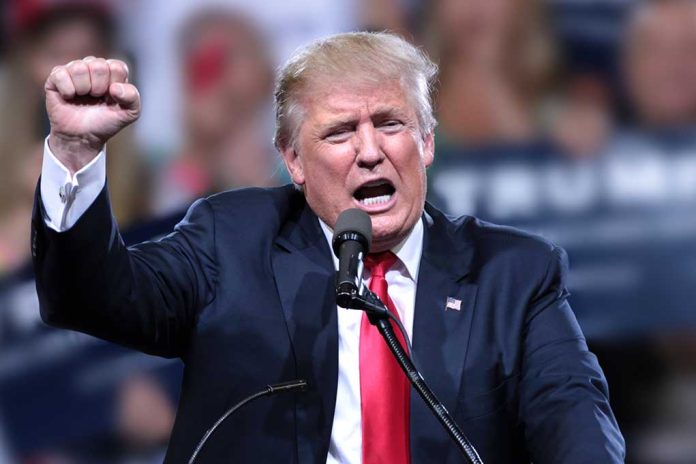 (RepublicanNews.org) – Former President Donald Trump held a rally in Minden, Nevada, on October 8, moving on to Arizona the next day to support a pair of Republican candidates. During his speech in The Grand Canyon State, the former US leader brought up House Speaker Nancy Pelosi (D-CA). Trump bashed the legislator for her ongoing stock trading practices remaining unchecked by the Democratic party.

Trump said Pelosi did better in the stock market than Warren Buffett, criticizing her for failing to bring the recently teased lawmaker investment ban to the House floor before November. In February, the California legislator said she backed such a measure, doubling down in September. Still, there has been no vote in the Lower Chamber.

Pelosi stands accused, according to Trump, of not wanting to change the rules so she and others might continue to use “inside information” to profit in the stock market. The popular Republican said she was going to bring legislation before the midterms but backed out, saying representatives needed more time to read the bill. Pelosi also said the measure didn’t have enough votes to pass.

The 45th commander-in-chief wasn’t the only one upset about the lack of movement on the issue. Representative Abigail Spanberger (D-VA) wanted a vote on the matter before the midterms. The Virginia rep called it a “failure” by her own party’s leadership in the House.

In July, House Minority Leader Kevin McCarthy (R-CA) said he didn’t believe Pelosi should be involved in the legislative process at all on this issue. The lawmaker said he thinks other House members should look at the issue and decide what investment activities are appropriate for sitting members of Congress.