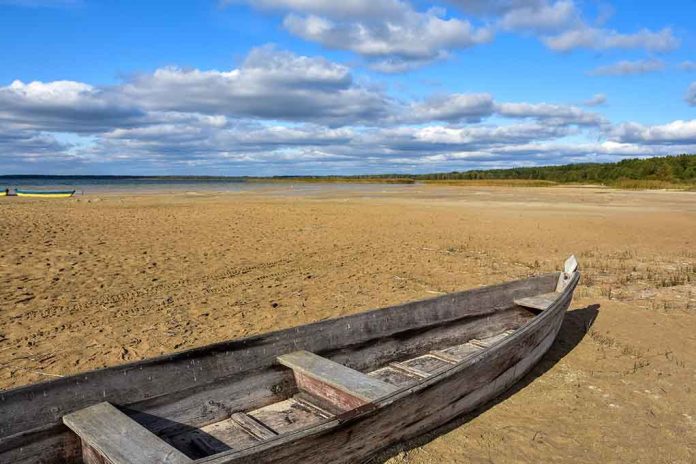 Severe Drought Exposes More Than Just The Bottom Of a Lake

(RepublicanNews.org) – Drought continues to deplete the water level of Lake Mead in Nevada, leaving behind a gristly nightmare of discoveries for local boaters. According to the Associated Press, a group of boaters said they spotted a barrel on May 1. Upon investigation, they realized it contained a body. The group immediately reached out to authorities for help.

Officials believe the human remains belong to a man who died in the 1980s, a conclusion they came to after discovering personal items from that time period.

Lieutenant Ray Spencer, a Homicide Detective with the Las Vegas Police, declined to offer any details on the body or the personal items. However, Spencer did say he wouldn’t be surprised to see more bodies appear as the lake dries up.

He couldn’t have been any more right. Per a report from Fox News, a witness contacted the National Park Service (NPS) about a body on May 7. After Park Rangers secured the area and set up a perimeter to protect the evidence, they suddenly went quiet. Officials offered no further details other than to say the Clark County Medical Examiner would determine the cause of death.

Spencer also confirmed that experts believe the first body stemmed from a shooting. Both investigations remain ongoing; it isn’t yet clear when they may culminate. Will the drought reveal additional victims — and is there a connection?