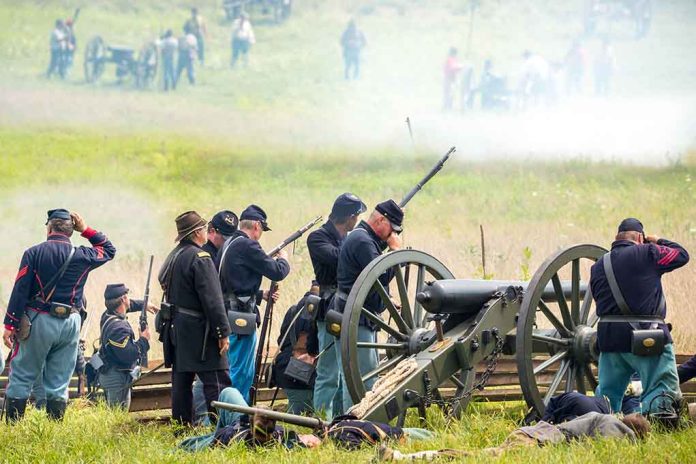 (RepublicanNews.org) – There’s no question that politics are divisional in the US. Republicans and Democrats frequently voice their disapproval of each other’s policies, viewpoints, and choices, occasionally in fiery debates. However, a recent poll uncovers a concerning reality: Many Americans see another civil war on the horizon.

53% of Republicans believe US headed towards civil war, 44% of young male Democrats approve assassinating a 'politician who is harming our country or democracy': Poll https://t.co/JX0DRYmmfa

The Southern Poverty Law Center published a survey from Tulchin Research, which discovered the concerning trend among Americans.

On the issue of a future conflict, 44% of all respondents agreed that the US is headed for another civil war. However, numbers differed slightly on each side of the aisle; 53% of Republicans predicted a near-future battle compared to just 39% of Democrats.

Around 44% of younger (under 50) Democrats and 34% of younger Republicans said they approve of assassinating a political figure they deem dangerous to America. Numbers shift slightly when looking at Americans over 50, dropping to just 6% for both parties.

The Left and the Right largely agreed on the subject of participating in general political violence. Numbers were incredibly close in under-50s, with 43% of Democrats and 45% of Republicans standing in support of such actions.

The potential for civil war always exists. What this poll seems to make clear is that the risk for conflict is higher than it has been in decades. The gap is also likely to grow as each party attempts to repel the other’s ideals. Will their actions eventually trigger an all-out war?