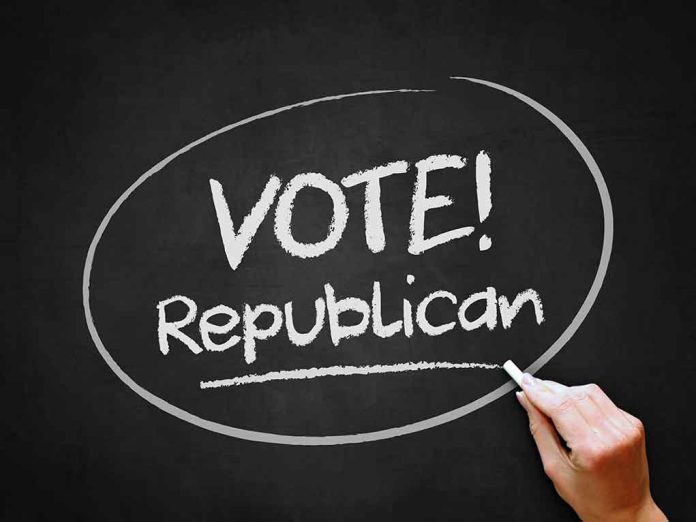 (RepublicanNews.org) – It looks like things aren’t getting any better for the Democratic Party. A new poll suggests that many voters, worried by the state of the economy and the president’s abysmal approval ratings, are leaning toward the GOP instead. With the midterm elections now days away, Democrats may have reason to worry.

Republicans have a narrow edge in the final weeks before the 2022 midterms as voters worry about the economy, a Times/Siena poll found. https://t.co/0BCttIADG8

A new Siena poll for The New York Times has bad news for President Joe Biden. Out of likely voters, 49% are planning to vote Republican on November 8, compared to 45% who’re sticking with the Democrats. Last month the Democrats held a one-point lead; now that’s evaporated, and they’re fighting to catch up.

In July, 36% of voters said the economy was the most important issue facing the US. Now that’s jumped to 44%, and the Republicans are more trusted on economic issues. At least in this poll, the repeal of Roe v Wade seems to be less of a concern for voters than other problems. According to NYT, one Delaware woman who said she disagrees “1,000 percent” with the historic Supreme Court vote says she plans to vote for the GOP anyway — even though she’s a registered Democrat — because she believes Republicans are more pro-business.

Of course, the elephant in the room is President Biden himself. His approval ratings have recovered a little from the summer’s lows, but it’s still just 40%, according to a Reuters poll this month. There’s no time for the Democrats to fix the economy before November 8, but even if they could, Biden would still be president — and NYT has suggested he may be driving voters away.