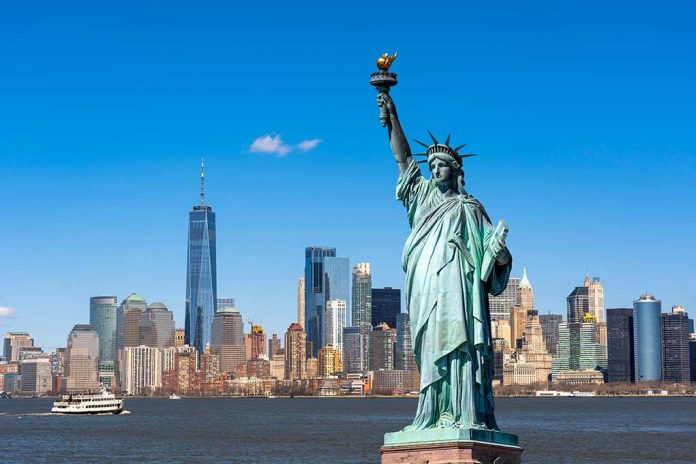 (RepublicanNews.org) – There has been a surge in crime across the US. Unfortunately, many political leaders have yet to address the problem or its core cause. New York City Mayor Eric Adams recently spoke out on the subject in a bold way that sets him apart from most Democrats.

Mayor Adams spoke with George Stephanopoulos during a live episode of ABC’s “This Week on East.” First, the two talked about former New York Police Department (NYPD) Commissioner William Bratton’s comments on Bloomberg’s Businessweek podcast. At the time, Bratton acknowledged the increase in crime rates but blamed it on progressive policies.

Bratton also admitted some of the reform needed to take place. However, he also added that many policies go too far.

Mayor Adams believes the city needs to help the community rebuild trust in their law enforcement. He told Stephanopolous that criminals have to be kept off the streets if leaders hope to achieve that goal.

“We have to rebuild that trust. But we can't rebuild that trust by allowing those who are dangerous and that have a repeated history of violence to continue to be on our streets,” NYC Mayor Eric Adams tells @GStephanopoulos. https://t.co/ahuu0Up1K4 pic.twitter.com/ppgyvXnlEN

Adams agreed with Bratton, explaining that years of mistakes and neglect have caused the community to lose trust in the NYPD.

Current NYPD Commissioner Keechant Sewell then joined the mayor live on the air to clarify ongoing imbalances in the justice system. She feels law enforcement agencies and personnel have lost sight of the victims, lowering public safety — something only a fair and balanced approach can fix.

Mayor Adams also touched on the need for social media companies to do their part in recognizing hate and potential violence online. He encouraged companies to use artificial intelligence and other methods to detect people discussing or inciting violence. The question remains: Will it work?