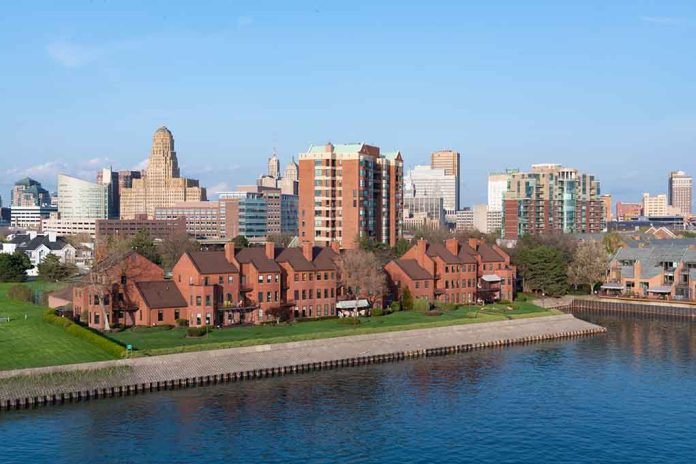 Kathy Hochul Refuses To Point Finger At Herself

(RepublicanNews.org) – On September 28 in New York, Adam Bennefield allegedly beat his wife, Keaira Bennefield — on video. The victim posted the clip on social media to show the world what he’d done. Police arrested the suspect, hitting him with a litany of misdemeanors. Unfortunately, none of the charges qualified him for remand, and the court released the man pending trial.

On October 5, Mrs. Bennefield, who had strapped on a bulletproof vest, was taking her kids to school when her estranged husband reportedly walked up to the vehicle with a shotgun and fired, killing her. The victim’s mother put the blame for her daughter’s brutal death squarely on the shoulders of New York Governor Kathy Hochul.

The state leader seemed to deflect responsibility by blaming “the system” and players within the judicial body of the state. The New York Post (NYP) reported that Hochul said judges needed to issue “orders of protection” and lawyers had to file proper charges. Under current New York law, none of the misdemeanor charges against Mr. Bennefield gave the judge leeway to hold the suspect on bail. Representative Elise Stefanik (R-NY) said the governor needed to point the finger “at herself” for not changing cash bail laws quickly enough.

In January 2020, former NY Governor Andrew Cuomo eliminated the cash bail system for many offenses. Hochul took over the state in August 2021 and presented a 10-point plan early in 2022 to reinstate bail for “repeat offenders” and those who committed crimes using guns. The proposal still sits unpassed.

According to NYP, Hochul’s gubernatorial opponent, Republican Lee Zeldin, said the governor has blood “on her hands.” Buffalo police re-arrested Mr. Bennefield about a week after the murder.