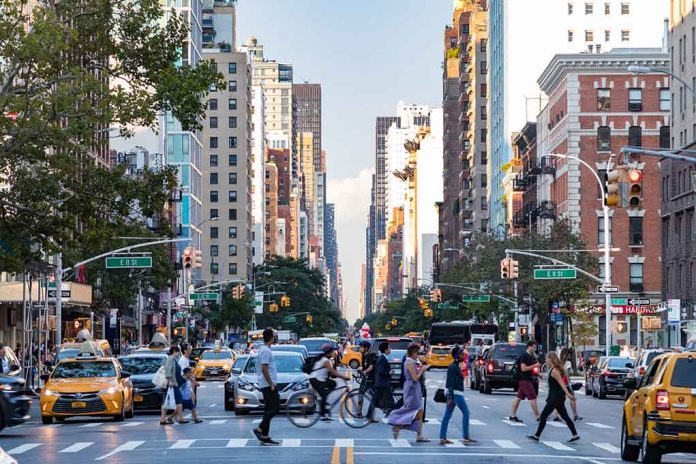 (RepublicanNews.org) – Crime has increased in major cities across the United States. Police officers understand they’re at risk of not coming home every time they put on their uniforms. Still, most don’t expect to see open fire in broad daylight. One NYPD officer recently suffered injuries when a bullet came crashing through his car window in the middle of the day.

Gunshots rang out in Brooklyn, New York, during the afternoon hours of June 23, and police in the vicinity quickly responded. As the squad car sat parked near a stoplight, a stray bullet shattered the driver’s side window, injuring Detective Sunjay Verma’s shoulder.

Reports suggest the shooter was attempting to hit a white vehicle traveling northbound. Detective Verma and his partner pursued the suspect on foot shortly after the bullet hit the squad car.

Authorities transported Verma to nearby Kings County Hospital, where he received treatment for his injuries. While doctors initially suspected the officer had been shot, medical examiners determined the bullet didn’t actually strike him at any point. Glass from the shattered window caused the injury instead.

While the unnamed shooter was able to evade police after ducking into a courtyard, officers eventually managed to locate the weapon used during the crime: a 9mm handgun. Residents in the area called it just another day in the neighborhood.