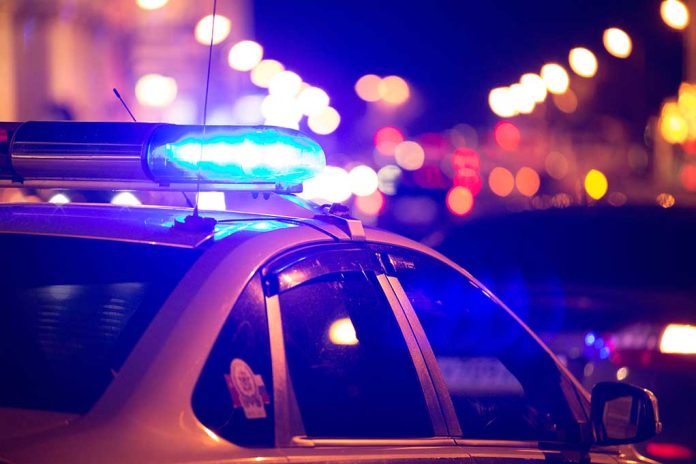 (RepublicanNews.org) – People claim to understand how dangerous and stressful being a police officer is, but they don’t often see the day-to-day stresses that come with the job. Law enforcement officers can encounter life-or-death situations where fast reactions are a must. A recent police shooting should serve as an excellent example of how dangerous the job is and how a split second can make the difference between life or death.

Warning: The following footage may be disturbing for some viewers.

As the footage shows, an Illinois police officer recently had to shoot a man running at him with a hatchet. The officer, a 22-year veteran, was in the middle of a simple traffic stop when the man in the silver sedan, 28-year-old Edward Samaan, suddenly stopped his car and proceeded to get out.

In the video, the officer can be heard asking the suspect who they are as they create distance between themself and the silver car. Samaan quickly emerged from the vehicle wielding a hatchet and charging the 22-year veteran officer. The Naperville police officer then fired his gun multiple times, striking Samaan. Shocked, the officer radioed in what happened and called for a medic.

Medics arrived and tended to the suspect, whom they transported to a nearby hospital. Upon arrival, medical personnel determined Samaan was deceased. Police are currently looking into the incident as the suspect’s motive for attacking the officer is unclear.