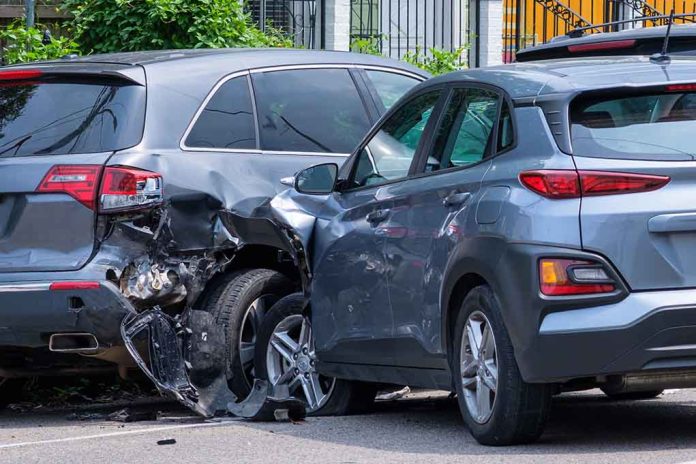 (RepublicanNews.org) – On May 28, police arrested House Speaker Nancy Pelosi’s (D-CA) husband, Paul, for driving under the influence after crashing into a Jeep with his Porsche that evening. Citizens have watched for months, wondering whether Mr. Pelosi would face charges for his suspected crimes. The court finally arraigned him on August 3 with two misdemeanors, to which he pleaded not guilty.

Breitbart recently reported the defendant was not only inebriated with a blood alcohol level of .082%, but he also allegedly had “drugs in his system” at the scene that evening. Body tells observed by officers after the crash led to a field sobriety test.

Paul Pelosi, Rep. Nancy Pelosi’s (D-CA) husband and avid stock trader, pleaded not guilty on Wednesday after being charged on two counts of drinking under the influence with a blood alcohol level of .082 percent causing injury, a report says. https://t.co/svkT1StgZH

Prosecutors later confirmed police found no substance other than alcohol in the suspect’s sample on the day in question. The defense attorney, Amanda Bevins, said the complaint used a standard form that included the language “drugs” even though illicit substances didn’t apply in this case. The assistant district attorney agreed.

According to the Superior Court in Napa County, California, Mr. Pelosi is facing one charge of “DUI causing injury” and another for driving while exceeding the legal alcohol limit of .08% and causing an injury.

Although both parties refused treatment immediately following the accident. The Jeep driver has since complained of various body pains.

The California legislator’s spouse could spend five days in jail and up to five years on probation if convicted. He also faces other stipulations and fines. The defendant remains a free man and will return to court for a possible plea agreement discussion on August 23.