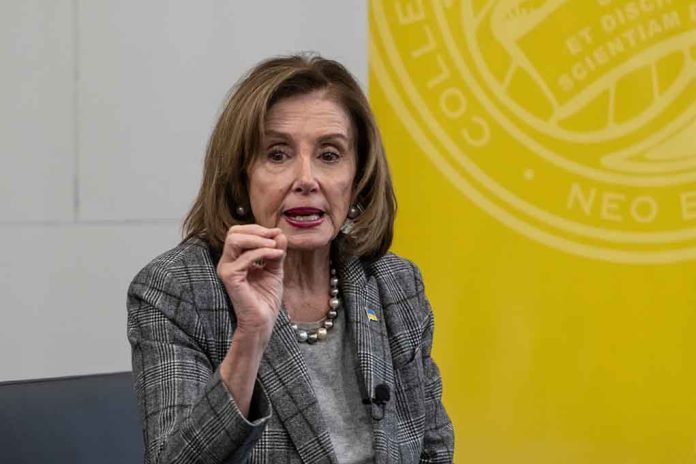 (RepublicanNews.org) – The Democratic Party is in a bit of a frenzy trying to figure out how to deal with the leaked draft opinion from Supreme Court Justice Samuel Alito that could overturn “Roe v. Wade.” If the high court does decide to overturn the 1973 ruling, it could result in several states restricting or outright banning abortions.

According to Fox News, California Governor Gavin Newsom (D) attacked his own party while speaking at a Planned Parenthood in Los Angeles. Newsom asked the Democratic Party where their fight was, adding that anti-abortion is winning. His comments rubbed House Speaker Nancy Pelosi (D-CA) the wrong way.

Fox News reported that Pelosi snapped back at Newsom without directly naming the man. The House Speaker said that she and other Democrats have been fighting for abortion rights in Congress for decades; anyone who doesn’t realize that isn’t aware of the fight.

Pelosi concurrently noted that Democrats had been bipartisan initially, claiming that politics have changed. She said the same thing happened to the Supreme Court.

California Democrats are pushing for the Golden State to become a sanctuary for women seeking abortions just in case the high court does overturn “Roe v. Wade.” Lawmakers are looking into solidifying abortion rights within the state’s constitution and offering abortion services to patients from out of state.

Americans have been debating abortion for years. The argument isn’t likely to go away anytime soon. In fact, abortion rights have shifted several times throughout the history of the United States. These changes may happen yet again over time.

Moreover, the overturning of “Roe v. Wade” isn’t necessarily an abortion ban. It instead grants individual states the power to decide how to handle the issue without interference from the federal government. Isn’t that what really matters?