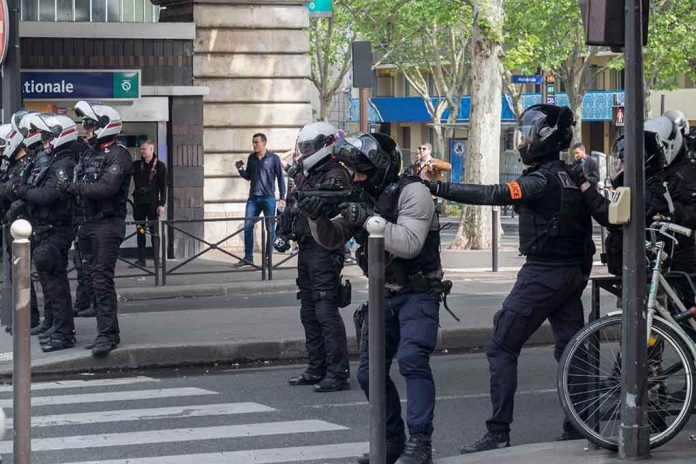 (RepublicanNews.Org) – French law enforcement carried out a raid on the headquarters of Macron’s Renaissance party, and consulting firm McKinsey & Co, on 13th December. The National financial prosecutor (PNF) alleges a conspiracy relating to the Presidential elections in 2017 and 2022. They suspect the downplaying of costs of consultancy work, as well as the campaigns concealing improper favors.

There are two ongoing investigations, one prompted by the vast amounts awarded to the American consulting firm for public contracts with questionable content and usefulness. Despite vast sums received – alleged to be up to $1bn – McKinsey used avoidance to pay virtually no tax in France.

In addition, financial prosecutors also want to establish if consulting firms provided Macron with the benefit of work and expertise, which was not accounted for in the campaign’s finance reports. For French candidates, it’s illegal to receive free campaign services.

The news comes at the end of a troubled year for Macron. His re-election was greeted with riots in April, with more riots in November against a law designed to prevent protesters from filming police. There were also riots in December following the French defeat of Morocco in the soccer world cup.

As well as ongoing unrest on the streets of French cities, in July, Macron was caught up in the ‘Uber Files’ scandal, in which a whistle-blower leaked internal documents showing how the U.S.-based firm had colluded with Macron, who appears to have acted on their behalf from within government, in his role as Minister for Economy, Industry, and Digital Affairs. Uber’s aim was to undermine the rights and working conditions of licensed French taxi drivers.

As President, regardless of the outcome of the ongoing investigations, Macron has the comfort of knowing himself to be immune from prosecution. So far, he remains silent regarding the suspicions against him.