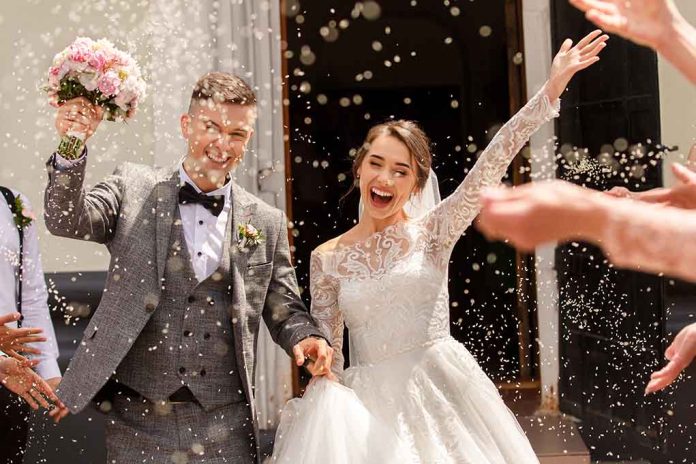 (RepublicanNews.org) – A woman who was just trying to marry the love of her life on May 6 found herself living out a surprising hero vs. villain story instead. The attending priest, who had initially spent most of his time trying to keep the blushing bride calm, was suddenly informed that an unknown man had allegedly stolen clothes from the church parish house. The holy man jumped up, ran off, and mowed the man down in his sedan.

Video: Priest ditches wedding in his car to mow down thief who robbed church https://t.co/SZsOzk7k0P

The priest in question was 37-year-old Gustavo Trindade dos Santos, a Father with the São Sebastião Church in Brazil. The incident occurred just after the ceremony as attendees enjoyed the couple’s reception. Trindade burst out of the building, got into his car, and chased after the supposed thief, who had pocketed a tee shirt and three hoodies.

Rather than talking to the man or involving the authorities, the priest took matters into his own hands, intentionally colliding with 40-year-old Angelo Nogueira on a nearby road. He then drove off and remained on the run for two entire days, eventually turning himself in. The suspect is currently in the hospital recovering from his injuries.

Even the most compassionate and upstanding people can turn cold-hearted when criminals violate their space — but while Trindade’s anger might have been righteous, local law enforcement agents weren’t interested in absolving him of the sin. Instead, they charged Trindate with attempted murder.