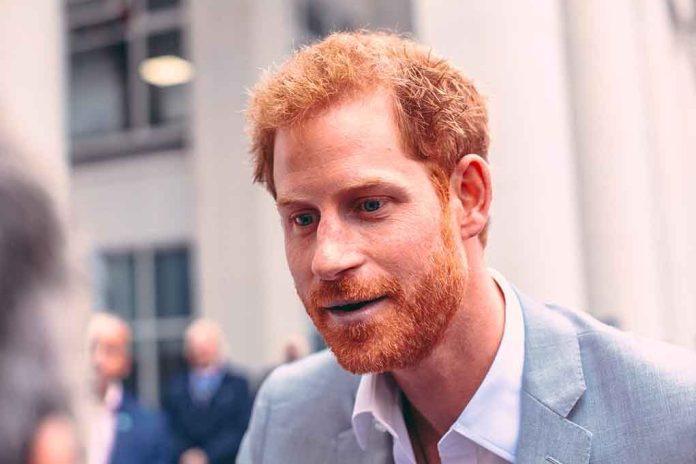 (RepublicanNews.org) – With the tragic death of Queen Elizabeth II, members of the Royal Family are putting their differences aside to honor her legacy. The passing of the 96-year-old monarch gave Prince Harry enough reason to take a trip back home to the United Kingdom. Will the Duke of Sussex be able to put aside his differences with his father, now King Charles III, and his brother, Prince William, the new heir to the throne?

Prince Harry and his wife, Meghan Markle, traveled back to the duke’s home country to pay their respects to the late Queen Elizabeth II. Despite their best efforts, the couple was unable to make it before the Queen passed. Still, the prince’s return is a sensitive matter due to rifts in the relationships between him and his father and brother.

Prince Harry left the Royal Family after marrying Markle, who has accused her husband’s relatives of being racists. The couple lives in the US, and Harry has spent the last few years essentially bad-mouthing his father. But the two might be on their way toward making amends following Elizabeth’s death. King Charles III mentioned his estranged son during his first public speech since becoming the reigning monarch. The new leader of the Royal Family expressed his love for his son and Markle, noting they’re making their own life across the pond.

The Duke of Sussex released a statement on Archewell, a website he shares with his wife, following the Queen’s death. While the young royal mostly touched on the legacy that Elizabeth leaves behind, he did mention honoring his father, who ascended to the throne following the death of the prince’s grandmother. Could this be the first step to the father and son duo rebuilding their relationship? Will King Charles III grant Prince Harry’s children royal titles?

The Duke of Sussex hasn’t just been feuding with his father. He and his brother, Prince William, have also had a bit of a falling out, which started around the time the elder sibling expressed concern for how fast his younger brother and Markle were progressing in their relationship. Despite once having an unwavering bond, the two haven’t communicated with each other throughout much of the visit, even during times when they were in the same room.

Nonetheless, the siblings may also be on a path to recovery as sightings recently surfaced of the two together with their wives. While the public was ecstatic to see the couples together, The New York Post reported the unified front required extensive negotiations. Are the Duke of Sussex and the new Prince of Wales really making amends? Perhaps this was simply the two putting their differences aside to unite the family during a difficult time — not just for the royals, but for the entire Commonwealth, its realms, and the rest of the world.