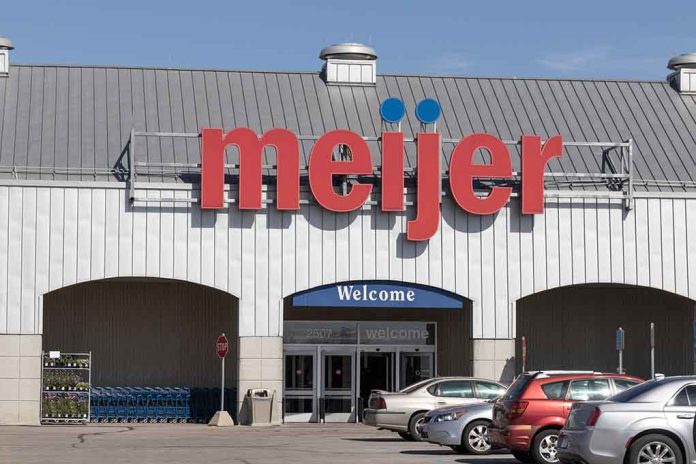 (RepublicanNews.org) – US Representative Peter Meijer (R-MI) was one of a handful of Republicans to impeach Donald Trump for the January 6 riot, which saw the former president’s supporters storm the Capitol. The congressman recently lost the GOP primary in his state. Ironically, the one handing him his defeat was John Gibbs, a Trump-endorsed candidate.

Representative Meijer probably should’ve expected a tough reelection campaign. After voting to impeach Trump, the lawmaker was among the Republicans who ended up in the former president’s sights. His defeat is a win for the MAGA crowd. However, it wasn’t just his own politics playing a part in his downfall.

The Democratic Congressional Campaign Committee (DCCC) also endorsed Meijer’s Trump-backed opponent. In fact, the DCCC spent hundreds of thousands of dollars to run ads supporting Gibbs. This race wasn’t an isolated incident. Democrats are spending money on several Trump-endorsed candidates. Why? Because they believe it will give them an easier path to victory. While some left-wing politicians don’t like the idea, House Speaker Nancy Pelosi has come to favor the strategy, according to The Hill.

GOP Representative Adam Kinzinger of Illinois, another Conservative who voted to impeach Trump, didn’t have anything good to say about his colleague’s primary election loss. While speaking with Brianna Keilar during the August 3 showing of “New Day” on CNN, Rep. Kinzinger pointed his finger at Democrats, blaming them for Meijer’s loss.

Rep. Adam Kinzinger on the GOP primary defeat of Rep. Peter Meijer, a Republican who voted to impeach President Trump.

“The DCCC needs to be ashamed of themselves," he says. pic.twitter.com/7Pul80RvJM

The Republican explained the DCCC spent nearly half a million dollars to promote Gibbs, who he claimed was “one of the worst election deniers” there is. Kinzinger declared Democrats need to stop asking him where all the “good Republicans that defend democracy” are only to turn around and support their opposition. The GOP congressman asserted the DCCC “should be ashamed.” Kinzinger noted if Gibbs goes on to win in the midterms, “Democrats own that.”

While it’s easy for Meijer and his Republican colleague to be upset about the loss, it’s not just the DCCC at fault. In fact, some people might say the commission had nothing to do with it. Instead, it’s likely the election was in a district that heavily favors Trump, and his support to impeach the former president was a mark against him among GOP voters who support the former US leader. Perhaps it was a combination of factors that led to Meijer’s downfall. What do you think?