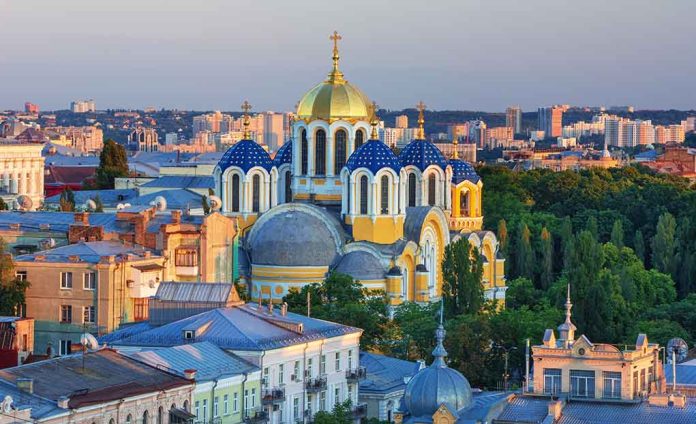 (RepublicanNews.org) – Russia has had diplomatic talks with the western world but hasn’t been able to reach a resolution on several key issues, including the country’s sour relationship with Ukraine. President Vladimir Putin’s military slowly stationed over 100,000 troops along Ukraine’s border over many months, forcing officials to express concerns of a possible invasion. The Russian Armed Forces recently shifted troops again in a move that Ukraine and its allies aren’t likely to see as a form of relief.

Putin this time deployed troops to nearby Belarus, further aggravating both Ukraine and the west. The leader of Russia claims that he sent his men to the region to conduct war games.

The two countries are executing several joint military exercises along the border between Belarus and Ukraine. However, officials fear Putin may use the events as an excuse to invade their neighbor from the north.

Military experts have posited that Russia may position itself to attack Ukraine from the east and north. This strategy would stretch the smaller country’s defense measures thin, allowing Putin’s army to rapidly overtake them in battle.

Belarusian President Alexander Lukashenko also says Ukraine has been building up forces along its borders, asserting the need for a more robust military presence. While Russia has been sending military equipment to its ally Belarus, the United Kingdom continues to supply Ukraine with equipment to thwart any potential invasion plan.

So far, US officials have insisted on a diplomatic approach to the situation. Yet, they failed to reach an agreement with Moscow, which currently implores American leaders to discontinue their support of Ukraine.

Will the US stand aside? Or will our government continue to root for the underdog in this situation? Perhaps the countries involved will reach an agreement before a full-scale war breaks out.