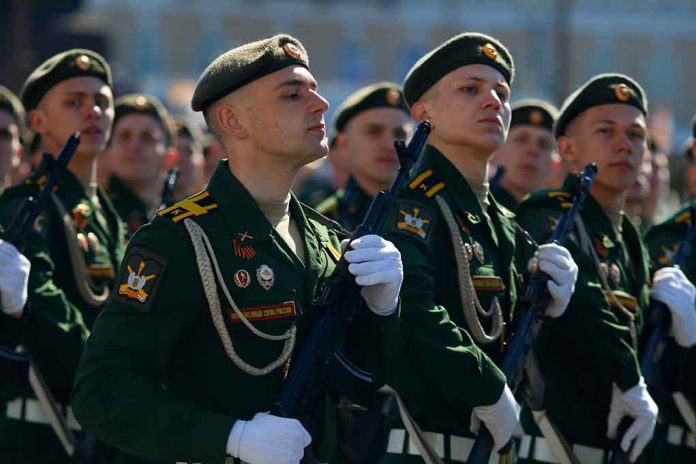 (RepublicanNews.org) – The Russian invasion of Ukraine continues to drag on, with the much smaller country putting up a bigger fight than Vladimir Putin likely expected. In the process, the Kremlin’s leader might be running out of resources and getting desperate to win the war. He could even be recruiting sick and injured people to keep the fight going.

According to a Facebook post from the General Staff of the Armed Forces of Ukraine, Russia continues to attack both military and civilian structures. The post also claimed Putin was looking for ways to replenish troops and was continuing to force people to enlist.

The General Staff declared representatives for the Russian army were going to hospitals and forcing them to discharge men of military age despite any injuries or illnesses they may have. No other sources have been able to confirm this information.

Workers at Nochlezhka, a homelessness charity, claimed Russian officials had attempted to talk people staying in a shelter into fighting for them. Tatyana Bazhenova, a spokesperson for Nochlezhka, said the facility refused to help promote military enrollment.

Signs could be indicating Russia’s forces are beginning to dwindle. Might Putin be growing desperate to win this war, or is the latest news nothing more than media spin?