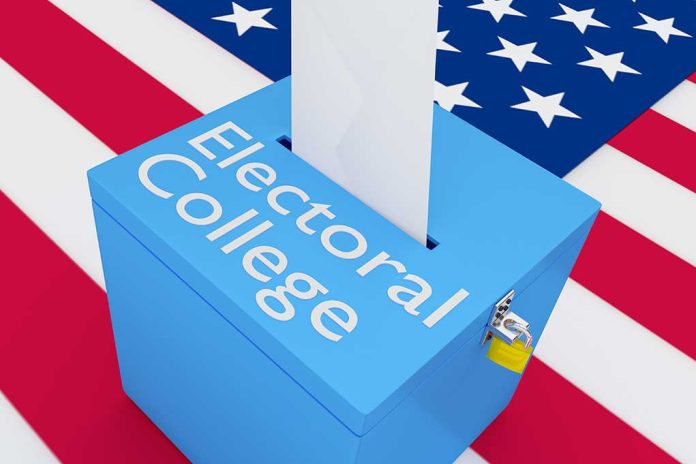 (RepublicanNews.org) – A recent Rasmussen poll reveals that Americans lack confidence that votes are being accurately counted and the proper candidates are declared the winner.

The poll of 1200 registered voters carried out in December after the mid-term elections show only 36% of respondents felt very confident in the integrity of the result. A clear majority of those polled (49%) also believe it is too easy to vote in America today. While 53% either strongly or somewhat favor providing more drop boxes for general elections, 76% say this should only be allowed where the drop boxes are supervised and under video surveillance.

Confidence in election procedures has been affected by reports of malfunctioning software and ballot counting machines during the mid-terms, with reports of problems from Arizona, Michigan, and Florida creating an impression of possible malfeasance. Republican gubernatorial candidate Kari Lake challenged the outcome of her election in Arizona following irregularities at polling places in Maricopa County, but the judge in the case ruled that there was no clear and convincing evidence of the alleged misconduct.

Large-scale changes to voting systems were made in 2020 in response to the pandemic. For example, Nevada and Vermont switched to universal mail voting and plan to retain the practice for general elections. Several other states have moved to make no-excuse mail-in voting a permanent option, and seven states will have largely mail-based election systems in time for the next general election. While the changes have made it easier to vote in elections, the consequences of the changes have led to lower confidence in the outcomes.

When asked by pollsters if it was good for America to have more people vote in person and fewer vote by mail, a clear majority of 53% said in-person voting was good, versus 9% who said bad.