(RepublicanNews.org) – Bill de Blasio (D-NY) became the first mayor of a major US city to impose a COVID-19 vaccination requirement for indoor dining. His mandate also covers fitness, entertainment, and recreation settings and requires employees and contractors to receive vaccines. However, a group of restaurants is pushing back.

The Independent Restaurant Owners Association Rescue has filed a lawsuit against Bill DeBlasio the NYC mayor's vaccine mandate which could spark similar litigation across the industry as other cities and restaurants adopt similar mandates for indoor dining. pic.twitter.com/GJhRjDoxNz

For example, several New York restaurant owners are speaking out about the undue burden the vaccine mandate places on their employees. The executive order doesn’t provide any guidance regarding how to enforce the mandate on patrons. Some owners believe they’ll have to hire additional greeters to screen customers. Several have also told media outlets employees have threatened to quit instead of receiving the vaccine.

Patrons’ rights are also a concern for business owners. Chipotle Mexican Grill, Inc. CEO Brian Niccol pointed out that de Blasio’s executive order also fails to consider those who cannot receive the COVID-19 vaccine due to medical or religious reasons. He doesn’t need to face the prospect of losing business.

On the plus side, if the IROAR lawsuit proves successful, it could serve as a roadmap for restaurant owners and local businesses in other Democrat-led cities, like New Orleans and San Francisco, to fight back against similar mandates.

Pelosi’s Archbishop Under Fire for Banning Her From Communion 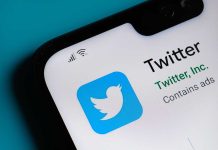